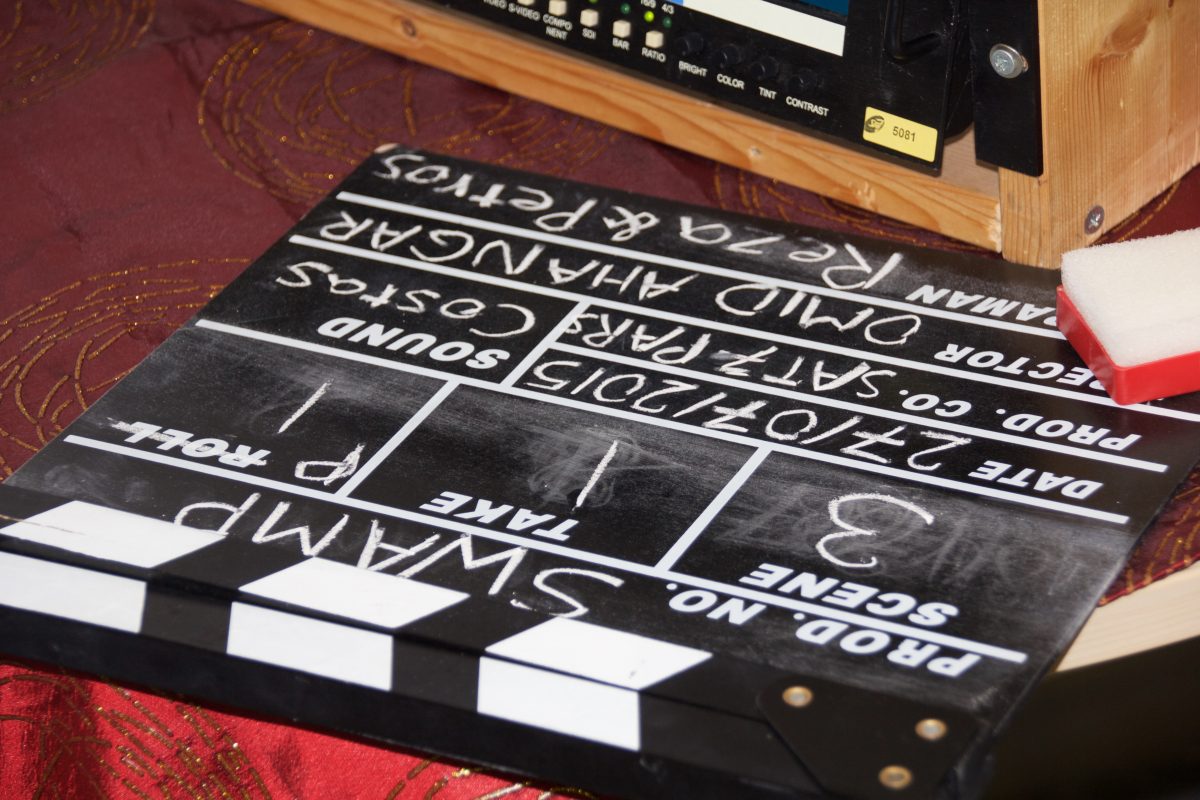 Iran has one of the highest rates of drug addiction in the world. A 2006 report estimated that 8 percent of the adult population was addicted to drugs (around 1.3 million people), but Iran’s interior minister, Abdolreza Rahmani Fazli, has said that the impact of addiction goes far wider, with some six million Iranians affected by problems related to drug addiction. Crystal meth has in recent years become a huge problem and, for the first time, overtaken heroin to become the country’s second most popular drug (opium is still the most widely used drug). Research carried out by the State Welfare Organisation shows that over half a million Tehranis between the ages of 15 and 45 have used crystal meth at least once.

With a desire to address this widespread problem, a former child star in Iran, Omid Ahangar is writing and producing Swamp, a 13-episode social drama that considers the cost of addiction in society.

“It’s about addiction to drugs and features two parallel stories,” Omid says. “One of them is about a male model who gets addicted to drugs and the other is about a female journalist. At some point their separate lives converge.”

With filming in more than a dozen locations in Cyprus and 20 main characters, Swamp (referring to lives being sucked down into trouble and difficulties as a result of addiction) is one of SAT-7 PARS’ biggest film commitments, but Omid says his decades of industry experience have prepared him for the pressure of the shoot. “I’m 36-years-old and I’ve been in the industry for 32 years,” he says. “I’m very excited and happy to be working with SAT-7 and we’re hoping for a very good outcome.”

He says people all over the world are living their own stories of addiction, including in his home country of Iran, and he’s written Swamp to be one anybody anywhere can relate to.

“This story is about addiction to drugs, addiction to alcohol. We’re going to show the harmful, negative impact addiction can have on your life,” he says.

“But Swamp is not set in a particular place. It’s an international story that could take place anywhere.”

Omid says he sees it as his duty to bring this often ignored topic out into the open. “As a script writer I’m like a mirror to the world so I have to reflect the problems that exist there. This could be anything from drugs and addiction to the unequal role of women in our society.”