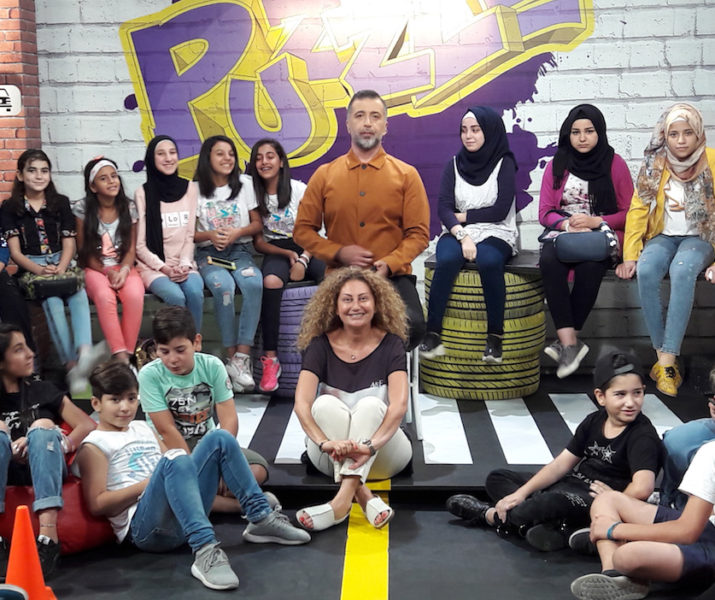 Puzzle, a wonderfully ambitious new programme on SAT-7 KIDS, is encouraging 12-15-year-olds to build their future on the values of freedom, peace and equality.

In a region where many young people live with the consequences of division, conflict and hatred, it is vital that an alternative message is heard. This is where Puzzle steps in, teaching young people to live freely and accept each other’s differences.

In each episode, two teams of 25 children from a diverse range of ethnic and religious backgrounds take part in a series of fun challenges. As the two teams progress through the rounds they can win points, and the team with the most points will win the chance to take part in a social development project of their choice.

By engaging with the show’s activities and songs, young contestants and viewers learn about their right to freedom of religion and belief and the equal value of every person. Although these profound topics are generally contemplated by adults, it is empowering young people in these areas that will create the possibility of lasting change.

The realm of a 13-year-old is not the lecture hall, however. Milad Hadchiti, presenter of Puzzle, is aware of the power of fun. He seeks to create an atmosphere on the show “where people interact while playing and being entertained, and they learn something new in the process”.

Milad explains, “We want them to learn that they have a right to a healthy and safe childhood. They have a right to play and be free to express themselves and think freely.” Puzzle is empowering young people by educating them about their rights. And in doing so, the programme is helping to build a future of freedom and peace for all in the region.