The Middle East and North Africa is one of the regions that stand to gain most if world leaders agree to limit world temperature rises at COP27, the UN climate summit being held in Egypt from 6-18 November. Water scarcity and soaring temperatures are among the most severe in the world, yet, worryingly, the region is also one where populations have the lowest concern for the environment.

The region once dubbed the “Fertile Crescent”, stretching from modern-day Iraq to Jordan, is one of the most water-stressed in the world. In Iraq, the water resource ministry says that the Tigris and Euphrates, which irrigate most of the nation’s agriculture, could dry up in 20 years. Average temperatures in Iraq are already rising between two and seven times the world average (for its hottest and coldest temperatures respectively). Suffocating dust storms caused by drought and desertification sent thousands of people to hospital in May this year.

Competition for water is also multiplying the problem. Türkiye controls 90 per cent of the water flowing into the Euphrates and 44 per cent into the Tigris. Its dams have reduced the flow by 60 per cent. Syria last year saw its worst drought in 70 years, massively impacting water access, irrigation and wheat production.

Of course, countries in conflict or economic and political crisis make the problems worse and, at the same time, explain why the environment has not been a top priority in Middle Eastern minds. A poll of people in 142 countries conducted last year found that none of the 16 MENA countries surveyed matched a global average where 50 per cent of the population were concerned about the environment. COP27 host Egypt was second lowest after Yemen, at 17.6 per cent. The reality, however, is that the multiple impacts of climate change – rural populations displaced to cities with overburdened infrastructure, increased poverty and reduced access to food and water – will cause further instability and potential violence.

Perhaps COP27 in Sharm El-Sheikh will go some way to changing attitudes in the MENA. SAT-7 certainly hopes so. SAT-7 ARABIC programme director Rafik George is attending part of the conference where to meet and interview representatives of Christian organisations in attendance. He will be looking to find out how much they think believers worldwide are interested in climate change and motivated to care for the environment. “Creation care”, as it is often termed in Christian circles, has not had a high priority among churches in the region. But efforts are being made to change this, and SAT-7 is keen to play its part. 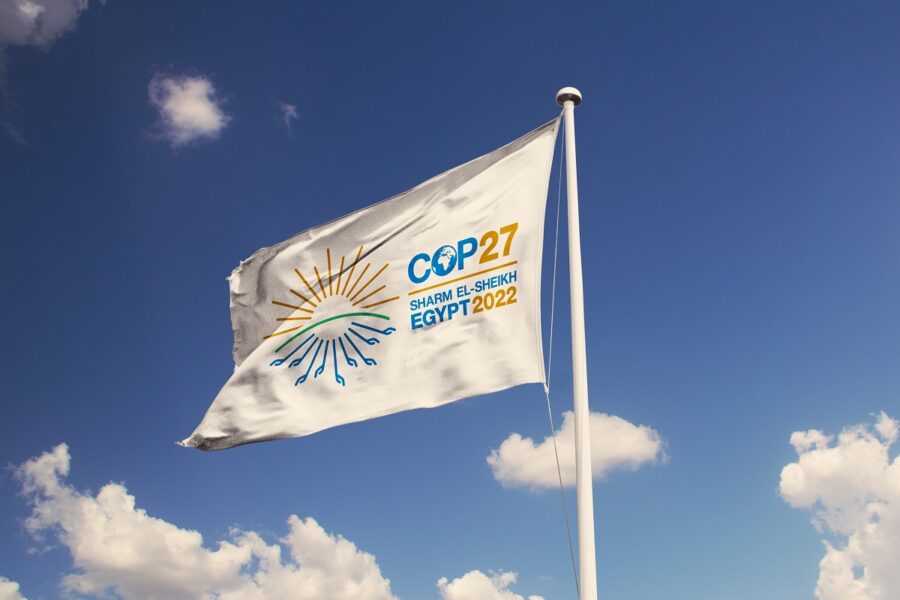 In October, SAT-7 ARABIC aired a special programme on creation stewardship filmed during the second year of the Middle East Council of Churches’ Season of Creation. Rafik was also one of three colleagues who attended a Lausanne/World Evangelical Alliance Creation Care conference in Jordan (28 September-2 October).

SAT-7 Development Officer, Phil Hilditch, was one of the others. He described the conference as “a golden opportunity to make connections with partners in the Gospel from our region, to learn from them, and to think about ways in which we could possibly support their efforts.”

He said speakers “took an in-depth look at today’s ecological crises, bringing clear theology, good science and practical wisdom together”. During the course of the presentations, “two strong convictions were reflected upon: (1) Creation care is indeed a “gospel issue within the Lordship of Christ” and (2) we are faced with a crisis that is pressing, urgent, and that must be resolved in our generation”.

With this in mind, creation care will be an important component in YES (Youth for Enabling Society), a new SAT-7 current affairs project aimed at young adults. Under 35s compose half of the MENA population, as well as half of the SAT-7 audience. They also have the greatest interest in the future health of the region. As the producer of this component, Rafik George will be going to the COP27 youth day, looking out for young voices with a concern for the environment. Launching in January 2023, YES will also bridge to COP28 which will again be held in the region, this time in the United Arab Emirates.

Please pray for leaders and experts attending COP27 and ask that the future wellbeing of all societies will be uppermost in the minds of decision makers there. Pray, too, for YES and other SAT-7 programming that deepens awareness of climate change among the Christians of the Middle East and our responsibility as God’s people to care for the wonderful and complex world He has given us.

A SAT-7 team attended COP27 for four days and interviewed 75 faith leaders and others. They raised awareness among SAT-7 viewers through a series of reports including this one that hears from Archbishop Samy Fawzy of Alexandria and others.