You are here: Home / Lives Changed / Sam From Iran
Search

Former athlete Sam turned to drugs to numb the emptiness he felt.

Until Bible quotes given to him during rehab set his life on a completely new course. 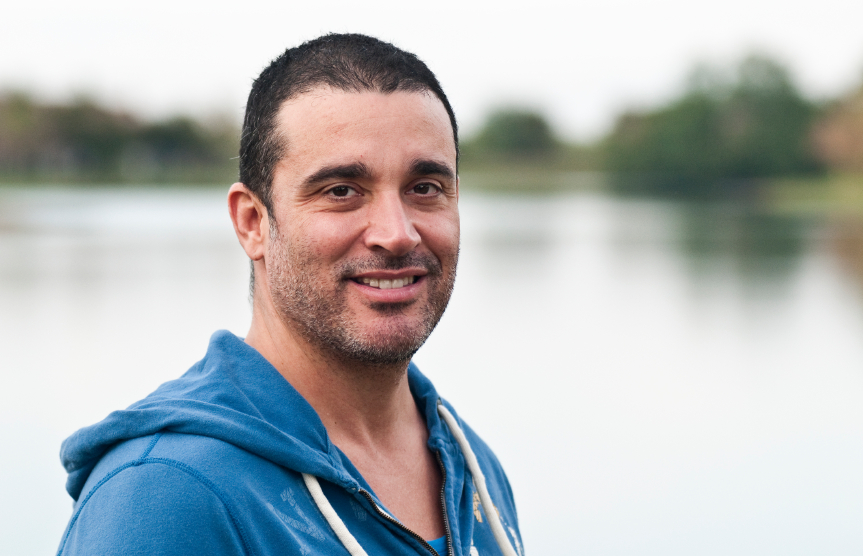 Sam is a 33-year-old man living with his wife and young daughter in Iran. In his adolescent years and through most of his 20s he was an athlete and quite successful. He came from a practising religious family and shared their deeply held religious beliefs. Despite all this, there was a vacuum inside. He often questioned his own existence and wondered, “Why was I really born into this world? What am I meant to do with my life? And where am I to go?”

Sam was restless and discontented and felt life had no purpose. Finding no peace or remedy for his pain in his beliefs, he sought refuge in drugs. He realised that drug addiction was consuming him and felt more lost than ever.

To kick his habit, he decided to attend therapy and rehab. It was here that he first realised Christianity might offer the hope and purpose he sought.  During the therapy sessions, material and verses were read to him that he later discovered were from the Bible.

Sam had a family member who was a believer in Christ; and out of curiosity he started watching Christian channels, one being SAT-7 PARS. Through his Christian relative and the programmes he saw on SAT-7 PARS, he summoned the courage to call SAT-7 PARS counsellors and ask his questions about the Christian faith. Sam’s relative was astonished to learn that he of all people was interested to know about Christ. A few Skype Bible studies were set up for Sam and through these, he gave his heart to Christ.

Full of joy and excitement at having found the peace he had been seeking for so long, Sam began spreading the news of the Gospel to his friends and even a taxi driver whom he met one day as he was travelling somewhere. Sam was bursting to tell everyone about the truth and the salvation he had found in Jesus. He said, “Thinking of Christ and God’s everlasting love gives him the peace he had never known before.” Many of his former friends whom he met as a recovering addict have also come to believe in Christ.

Sam received a Bible electronically but because of government restrictions and threats received online, he had to surrender it. He now has no Bible but watches SAT-7 PARS daily and writes the verses read on the channel in a private notebook that he carries everywhere and reads daily. He continues to recommend SAT-7 PARS to his friends and family and his changed life is a testament to Jesus’ presence in Sam’s life.

Sam tried to attend a local church in his home city, but the Armenian congregation turned him away due to government controls which prevent them from holding Farsi-language services or allowing Farsi-speaking Iranians from attending.

After talking to a SAT-7 PARS counsellor, Sam has come to see that the restrictions have been forced on the church and he views SAT-7 PARS as his church. Sam now has peace, joy and love in his life; not just love for God, but for the people around him and for himself! He continues to spread the message of God’s love among his peers.

Note: For security purposes photo is a library image and name has been changed

For thousands prevented from attending church in Iran, SAT-7 PARS is a lifeline. One told us, “Your programmes are my church and my pastor.” Please donate to help us continue offering this service to Sam and many thousands of Iranians like him who are thirsty to know God and grow in following Christ.