When Middle Eastern Christian satellite TV network SAT-7 first began broadcasting in 1996, the channel consisted of one two-hour weekly broadcast, with merely twenty minutes devoted to children. In the late 1990’s the children’s programming director, Rita El Mounayer, shared in a staff meeting that one day the SAT-7 children’s programmes would have their own channel. According to Terence Ascott, SAT-7 CEO, “At the time not many people believed that her dream was in any way realistic. But today the SAT-7 KIDS channel is on the air!”

SAT-7 KIDS celebrates five years of broadcasting on 10th December. Its footprint covers the whole of the Middle East and North Africa and the channel is on the air 24 hours a day. It was the first Christian TV channel for Arabic speaking children and, since its first broadcast in 2007, has gained a huge following. Data from surveys released earlier this year indicate that the channel is watched by over 9 million children; some 4 million of these viewers live in Iraq and almost 2 million in Saudi Arabia.

SAT-7 KIDS has achieved some remarkable milestones in 2012: 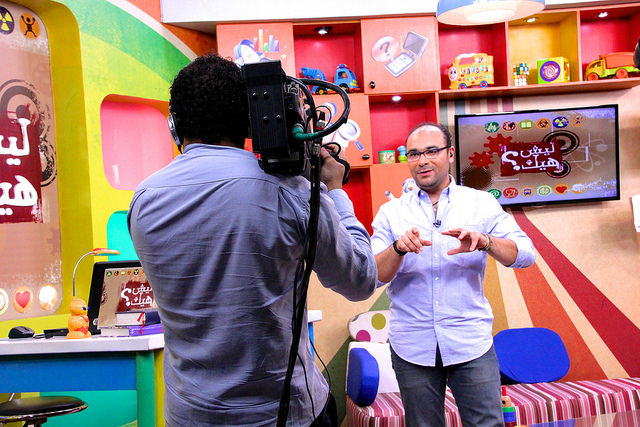 SAT-7 KIDS continues to broadcast a creative mix of programmes for children, from cartoons and films to music shows, drama and educational programmes. Underlying all of them is the channel’s desire to make the Gospel available to every child and teach them biblical principles of love, forgiveness, hope and peace. In a region marked by conflict and mistrust, SAT-7 KIDS is a “safe place” for children.

“Over the past 5 years I have witnessed change brought to the whole family by children. These children, who are the future of the Middle East, are the ones who are going to continue the work SAT-7 has started. They will change the face of the Middle East from violence, hatred and despair to love, hope, peace and reconciliation because they were exposed from an early age to the love of God broadcast through SAT-7 KIDS. Congratulations to SAT-7 KIDS, you are raising a whole new generation on solid foundations.”