Two short films produced by SAT-7, A Dress and Braids, have won awards at film festivals in Egypt and Mauritania. Both films promote women’s rights and raise awareness of social challenges they face in Middle East and North African societies.

“In the light of SAT-7’s mission of defending the weak and being a voice to the voiceless, we produced these short films to boldly deliver a clear message to oppressed women to help them understand and defend their basic rights,” said Farid Samir, Executive Director of SAT-7 Egypt. Farid Samir is also the producer of both the winning short films A Dress (“Fostan” in Arabic) and Braids (“Dafayer” in Arabic). 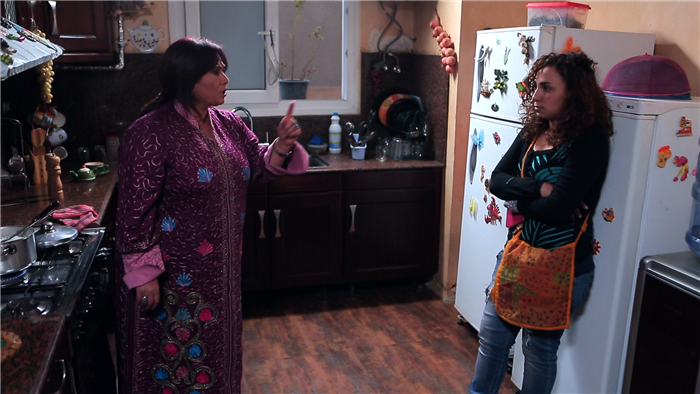 The prizes of Best Film and Best Actress for A Dress were awarded in Egypt at the ‘Youssef Chahine” Movie Festival, held in memory of the country’s most critically acclaimed film director. A Dress highlights a young woman’s struggles within the male-dominated culture of the Middle East. Actress Zienab Gharieb plays the lead role of Bassant, a teenage girl who wants to have her freedom and dress the way she chooses.

The film depicts her confrontations with her headteacher and her mother as they enforce double standards for girls’ and boys’ behavior. While Bessant and her peers face a multitude of restrictions, Bessant’s brother is free to do as he pleases. In the end, Bessant concludes that this issue is not about what women wear, but about the mindset of people.

“I want to tell all women never to give up but to defend their basic civil and human rights,” commented Albert Makram, the film’s director and script writer.

SAT-7 scooped another award for Best Actress for its film Braids at the 9th ‘Nouakchott’ Short-Film Festival in Mauritania. Out of 45 films from different countries in competition, Salma Hassan received the Best Actress prize for her lead role as Wedyan .

Salma Hassan plays an ordinary girl who dreams of being free from the oppressive social constraints of her community – constraints typified in the way a woman is obliged to braid her hair. The film focuses on Wedyan’s struggle between embracing her own, genuine feminine identity or submitting to the community-imposed identity for women.

“SAT-7 is passionate about proclaiming freedom to those who are captive. We believe that it is a legitimate right for Arab women to freely express their opinions, feelings, uniqueness and dreams, and that was the core belief behind producing this movie,” Farid Samir explained.

Rita Elmounayer, Executive Director of SAT-7’s Arabic Channels, congratulated the Egyptian studio team and added her “congratulations” to SAT-7 viewers “because these two films provide good personal stories that many girls and woman can and will learn from.”

SAT-7’s television channels feature women’s discussion shows as part of a range of programmes which help Middle East and North African viewers evaluate and review their lives and societies in the light of Christian teaching and God’s love for all people.