“Hunger, famine, and unemployment are gathering momentum. Most people would be happy to die, but my hope is in the Lord,” writes Amin*, a man from Afghanistan. Almost a year since the Taliban took control of the country, SAT-7 viewers in Afghanistan are providing a window into the challenges they face every day, while also speaking of their shared hope in Christ.

The SAT-7 PARS viewer support team recently reached out to the channel’s audience in Afghanistan to find out how the past year has impacted them on the ground, and how the team can better respond to their spiritual and emotional needs.

“The famine has reached new levels of intensity,” says Baset*, a teacher in Afghanistan. “My income no longer covers my expenses. Food prices have increased. The price of flour has tripled, and the cost of oil has doubled.” 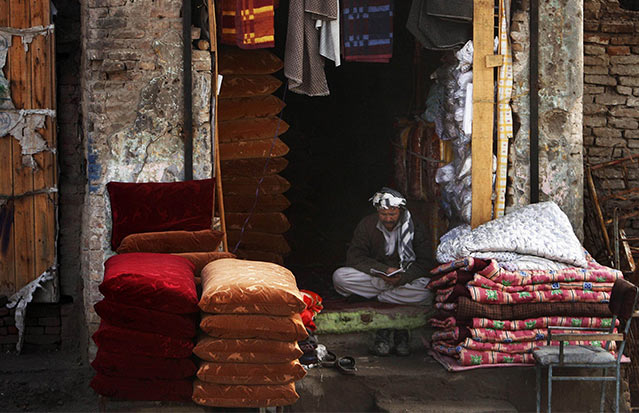 In the grip of a humanitarian crisis, 90 percent of Afghanistan’s population is living below the poverty line, while food insecurity due to loss of income and rising food costs has put the lives of 20 million people at risk as they face acute hunger.

Like Baset, Arman’s* family is also struggling to put food on the table.

“Poverty and financial problems have become the greatest preoccupation of our lives,” Arman says. “All we want to do is stay alive. We work so hard just to make sure that we don’t die of starvation, especially for my young children who are the most vulnerable.”

“The only hope we have is in God”

Having previously worked in the legal sector, Arman was dismissed from his position when the Taliban came to power. The burden of being unable to provide food and education for his children and family weighs heavily on his mind. “I feel humiliated and depressed because of my unemployment.

“The only hope we have is in the true God who grants us comfort and grace. This trust and faith in the power of God has caused me to live with peace in my heart and mind, without anxiety and fear,” Arman says.

Changiz*, a young man in Afghanistan, also expressed his fears for the future, as his life has been turned upside down in the past year. “I lost my university placement and then I lost my job. I am currently unemployed, and other than trying to borrow money I have no fixed income. My only hope is in God. There is no hope for me here in Afghanistan.”

Since August 2021, the economy has been paralysed due to financial sanctions, and thousands of people in Afghanistan have lost their jobs. “Many people who had a government income no longer have it, and many have emigrated to other countries,” explains Baset. Unfortunately, the lack of work threatens to worsen the incidence of child labour in Afghanistan, especially in rural areas. It is estimated that there are 770,000 boys and 300,000 girls currently involved, and with the food shortage, according to Amin, “some people are willing to sell their children for a morsel of bread”.

The change in government in the last year particularly impacted women. Taliban decrees prohibit women from travelling unless accompanied by a male relative, and women are required to cover their faces in public, including female newscasters. Under the new government, even “women who wear clothes deemed to be appropriate for Afghan society are still subject to being questioned,” Amin explains. “In many cases, men from their families are called in for questioning.”

Baset also highlights that “girls may not attend school after the sixth grade”. With young girls and women confined to the home and lacking job opportunities, their futures and autonomy are taken away, and child marriages are likely to increase, especially under the currently deteriorating economic conditions.

However, according to SAT-7’s viewers, women are not the only ones being impacted. “Fear and dread have taken all of Afghanistan and have especially affected religious and ethnic minorities,” explains Daanesh*, another SAT-7 PARS viewer. “At checkpoints, peoples’ mobile phones are checked, especially those belonging to Persian speakers. There is so much prejudice,” Amin says. “Those who are not Pashtuns are imprisoned and beaten up on the pretext that they are dissidents or for other trumped-up charges without any kind of evidence.” 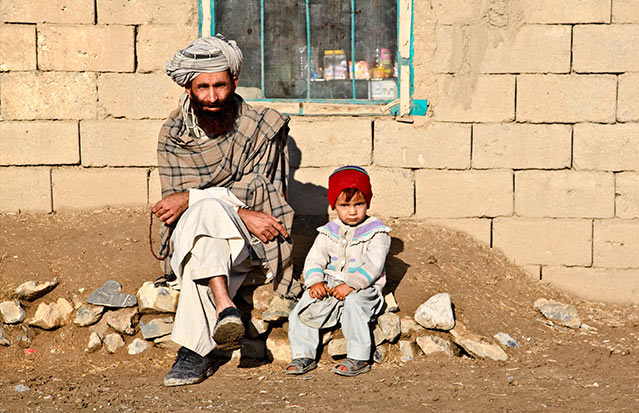 “The security situation for someone like me who has accepted another faith is extremely concerning,” Amin continues to explain, and Baset’s message echoes his concerns: “As Christians, we are exposed to security threats and must remain in hiding. We can’t be freely active online, especially on Facebook, Instagram, and YouTube, because they are all monitored and controlled”.

“There is an atmosphere of fear and intimidation that rules society,” Arman adds. “Every moment we live with the possibility of physical violence, arrest, humiliating and insulting treatment, and even summary executions.”

Nevertheless, the hope and trust these viewers have in God is obvious through all their messages.

“Despite these difficulties, we give thanks to the Lord for the peace he has given us. We always pray in the name of Jesus Christ that He will grant us His peace and protection,” Daanesh says.

“My hope is in the Lord who will never leave me and is always there alongside me,” Amin writes. “In Him is life, and He is hope for every person whose heart is without hope.”

Baset expands further by saying, “My wife, children, and I are all thinking beyond these crises and are adhering to the true and living God. We are always praying, and our Heavenly Father has protected us, and we have peace in our hearts. My hope now is only in the true, living God, and I depend only on Him and bring my requests to Him who is the Almighty God.”

“As believers in God, we are all called to work together in sharing His Word: to broadcast the truth and erase ignorance and darkness,” Arman says. “There are people who would like to work to promote God’s Word. Given the right circumstances, I am personally ready to do so and to tell the truth, whether spoken or written, without holding anything back.”

“We have several families here, including my own, who are all believers,” adds Daanesh. “Our hope is that the Lord will touch the heart of the people of Afghanistan and the situation in the country will calm down and we will be able to build a church and worship the Lord alongside our brothers and sisters.

“Truly, the opportunities for sharing the Gospel in Afghanistan are very great, if only the work can be done.

*All names have been changed for security purposes.

Donate now to support broadcasts and viewer support to Afghans. Select SAT-7 PARS in the appeal dropdown to give to our ministry to the Persian world.