You are here: Home / Latest News / Saving the next generation from the perils of self-harm
Search

Saving the next generation from the perils of self-harm

A growing problem in Iran

Self-harm or khoonbazi, literally translated as “blood-game”, is a growing problem among teenagers in Iran. An eye-opening episode of the SAT-7 Persian language talk show Insiders recently examined this devastating issue, offering solutions and hope.

The programme revealed that an increasing number of young people are turning to self-harm as they try to deal with family problems, stress, and abuse. Recent studies have shown that these issues, which include bullying and difficulty forming healthy friendships, are mainly affecting teenage girls. With the most common types of self-harm being poisoning, drug abuse, and cutting, it is no surprise that often the result is suicide.

Despite the growing impact of this tragic trend, it appears that Iranian parents are generally still unaware of the issue. During the Insiders episode, a mother in Iran was interviewed about khoonbazi and did not know what the term meant. In contrast, a young adult and a teenager who were asked about the subject were familiar with the word, and both knew people who struggled with self-harm.

The episode, which was broadcast live on SAT-7 PARS, received a large volume of responses from viewers. One viewer left a voice message in response to the thought-provoking programme, saying:

I watched yesterday’s show and found it fascinating. I had never heard about khoonbazi before, and I couldn’t believe it or get it out of my mind. I asked my daughter if she knew about it and she said, ‘Yes, I know children who have done it.’ This is a very sad reality, and I am heartbroken. Most of all, I am concerned about how to protect my daughter.”

The show’s producer, Moe Pooladfar, explains: “The best way to influence the self-harm statistics is by increasing awareness so that parents are informed about how to identify the problem and help their children. In this way, we are indirectly but effectively influencing teenagers’ lives.”

How to reverse the trend?

Iranian girls are routinely subjected to a raft of constraints telling them how to behave, who they can be, and what they can and cannot achieve. Show guest and psychologist Dr Shadi Javaheri commented that, “We have to teach young people…to express their feelings. Sometimes we establish so many dos and don’ts that we corner them. They do not dare to share their problems with us because they fear that what they say might lead to judgment or punishment.”

Insiders advised parents to create an environment for their children that is understanding and accepting, allowing them to be open and honest about their worries.

Insiders presenter, Hengameh Borji, also encouraged parents and teenagers to rely on God during difficult times, saying: “So many times, people feel that they have lost control of their lives. But the good news is that God is in control, and He holds us in His hands. If you feel rejected, hopeless, or that nobody cares about you or that you need to be punished, the good news is that Jesus loves you. He never rejects you, and He went to the cross to take your punishment.” 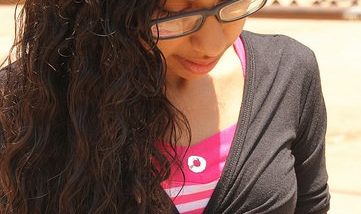