You are here: Home / Lives Changed / Shadia from the Gulf
Search

Shadia from the Gulf 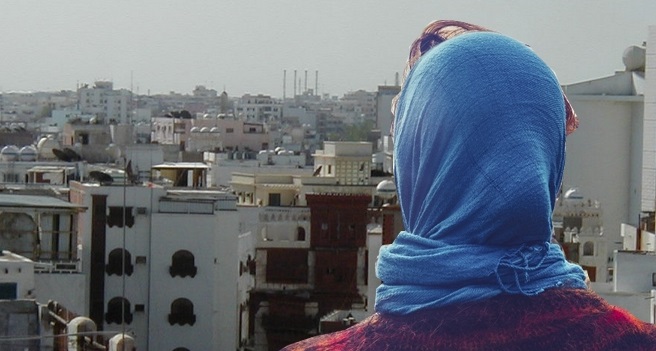 Ever since the development of satellite television in the Middle East in the 1990s, viewers have had access to information they would never have heard otherwise. From 1996, when SAT-7 began broadcasting, its goal has been to “Make God’s love visible” – even in places where it has never been seen before.

Amongst the thousands of calls SAT-7 receives, it’s always a delight to hear when this good news is reaching minds and hearts for the first time. The email we received from Shadia is one such example.

“Peace of Jesus be with you, SAT-7 KIDS,” wrote this young woman who watches our children’s channel with her sisters.

Shadia told SAT-7 KIDS “how I love you and love the songs”. But then she shared how her “sisters and I tried to become Christians”. Touchingly, she said, “We prayed, but we don’t know how Jesus can hear our prayers because we are not in Lebanon, Jordan, or Egypt”.

Shadia said she and her sisters know that Jesus “loves the Christians out there”, but they were afraid that he “does not have time for us and for our prayers”.

“I want to be a daughter for Jesus,” she continued. “I love Him a lot, trust and believe in Him but am sure that Jesus does not know about our prayer and love for Him because we do not have churches, nor the Scripture [in our country]. I just read the Bible through the internet.”

A member of SAT-7’s viewer support team responded immediately to Shadia’s message. He told us, “I was impressed by how innocent and sincere they are in seeking”.

He replied to Shadia, explaining that “The nature of Jesus [means] that He can hear our prayers everywhere and at any time”. Then he went on to describe “Jesus’ endless love for her (and to all mankind), including His great offer of the way to become a Christian in order to be a daughter of God and to be sure of eternal life with Him in heaven.”

After taking this step, he said Shadia could “pray anytime to thank Him for His blessings on her life and to ask for anything she needs so He can grant it to at the right time.”

Knowing she was reading the New Testament online, our viewer support counsellor supported these points with verses from the Gospels, to make things clearer to her.

Please pray for Shadia and for SAT-7’s continued ministry to her and her sisters – both via its programmes and any other direct support we can give.