Women around the world are bombarded with media images of physical “perfection”, leaving many feeling inadequate. Two SAT-7 women’s programmes are tackling the sources of this pressure. By exposing the illusion of perfection, the shows are helping Middle Eastern women feel beautiful as they are.

Studies have shown that excessive social media use can lead to lower self-esteem and higher body dissatisfaction. As women and girls in the Middle East and North Africa spend more time on social media, they are feeling the pressure to live up to the unrealistic images that they see.

“Women spend one-third of their day on social media. This is plenty of time to be exposed to edited photographs of models. These images create an illusion that women seek to copy.”

Earlier this year, both From Heart to Heart and the popular women’s programme Needle and New Thread tackled the issue of impossible beauty standards in the media.

A revealing video clip on From Heart to Heart showed several models wearing no make-up, then showed the same women made up professionally to show how much work is done to create the look.

PRESSURE FROM ALL SIDES

The programme also identified a further source of pressure for women: their own husbands. In a worrying trend, some Middle Eastern men are comparing their wife to the women they see on television and are even making beauty decisions on their wife’s behalf.

“Many men have a say in their wife’s looks,” said hairdresser Randa Hafez. “I meet women who want to have certain hairstyles because their husbands like them, and some men even come to the salon and choose their wife’s hair colour.”

The programme had a special message for men watching: the “beautiful” women they see on TV are truly no more beautiful than their own partner.

“It is not fair when a man sees a ‘perfect-looking’ woman on television and compares her to his wife,” Tabary said. “If he were to see the women without make-up, lighting, and camera effects, he would realise that they are no different.”

Needle and New Thread brought to light a second potentially damaging trend. Increasingly, women in the Middle East and North Africa are bringing photos of celebrities to appointments and asking for the same look.

“THIS IS TRUE BEAUTY”

Needle and New Thread recognised that beauty treatments can be very positive for women, providing a means of self-care and relaxation.

However, to help women withstand the pressure, Needle and New Thread encouraged them to find ways to feel confident in their own inner beauty, and to recognise that their true identity and worth is found in God.

“Personality is more important than looks”, said Abdel Shahid. “This is true beauty.” 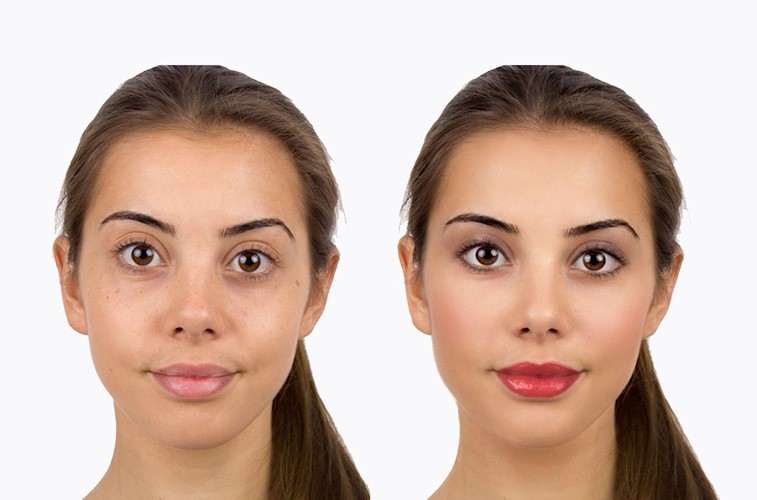