“It’s been a year since I came to faith and everything has changed. Don’t stop with your channel: keep broadcasting programmes. God has used you to save us. We are spiritually fed by your teachings. Wherever I go, I tell people about all that I’ve learned from your programmes. People warn me not to but how can I keep quiet? I was dead, but now I’m alive.”

This feedback from one new Christian in Iran shows just how important Farsi-language channel SAT-7 PARS is to isolated believers in a country in which converting to Christianity is a crime, and human rights abuses, arbitrary detentions and mass executions are all too common.

Mansour Khajehpour, former Executive Director of SAT-7 PARS, explains, “If you accept Jesus Christ in Iran, you keep this between you and your wife or husband. People constantly lose their jobs, are disowned, kicked out of schools and workplaces, and beaten on the streets. I have the joy and honour of saying I personally experienced most of those. When anyone applies for work, the first line asks for your religion. You either have the choice of lying, which is not advised by the Bible, or saying the truth and having no job.”

Growing in numbers and in faith

Despite these desperate difficulties, Iranians are turning to Christ in increasing numbers. According to Operation World, the oppressive regime has the fastest-growing evangelical population in the world.

A new series has just been launched to help believers develop maturity, resilience and endurance to persevere through dangers and ill-treatment. Presented by two well-known Iranian-born pastors, God and the Persecuted brings encouragement from Scripture and church history to strengthen secret Christians.

Each episode starts with a short look at an aspect of modern-day persecution, followed by 20 minutes examining suffering in the first three centuries of the Church – itself a network of house churches growing rapidly in the face of bitter resistance.

With so many followers of Christ very young in their faith, unable to meet with other Christians, and under sustained threat of violence, poverty and imprisonment, the teaching and encouragement that programmes like God and the Persecuted provide is transformational. Equally valuable is the one-to-one support of SAT-7 counsellors, who respond to contact from isolated believers seeking connection, prayer and hope in the hardest of times.

Iranian viewer Sam wrote, “Thank you for your kindness and for supporting me with the Word of Truth. I didn’t expect people to react so aggressively when I told them about the Bible. They invaded my shop and assaulted me. They broke the window by pushing me into it. I had no peace when it first happened. But today I’m at peace and have no fear because I truly feel that God is with me. I always pray, and I believe in the power of prayer. To pray in the name of Jesus Christ is mighty.” 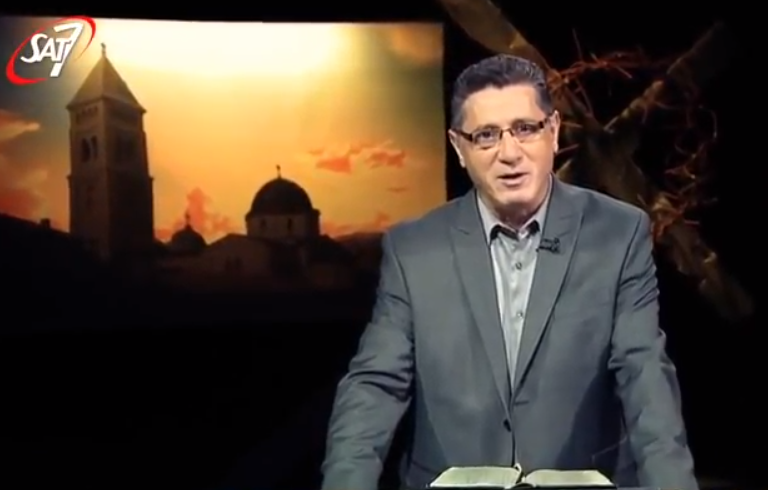