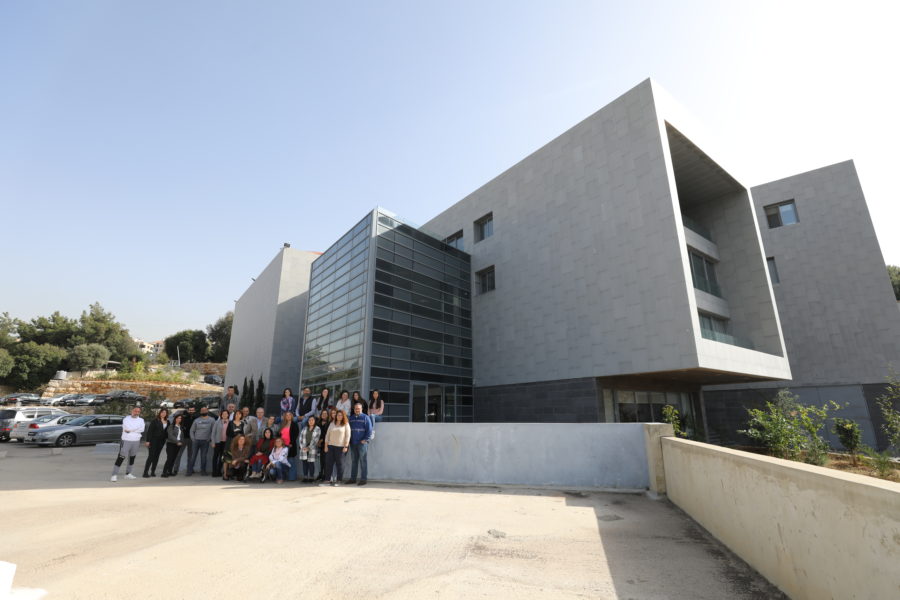 SAT-7’s first studio in Lebanon opened in 1996, and for many years operated out of a rented space at the Baptist seminary in Beirut.
A much-needed move in 2014 brought big changes. Now, perched on a hillside looking out over sprawling Beirut to the coast, a unique modern building with several large studios is the home of a very busy and talented production crew (see picture above).

In Lebanon, frustrations have mounted over the years, as different governments have failed to provide basic services such as 24/7 electricity, healthcare and good-quality education. Last year, a worsening debt crisis compelled Lebanon’s government to raise taxes, which sparked nationwide protests that ultimately brought the country to a standstill.

Lebanon’s church leaders joined the call for basic rights that has united Lebanese people from across the country’s religious communities.
The SAT-7 team in Beirut responded to the political stalemate and mass protests with a special short series of debates, Lebanon – Cry of a Nation, which centres on how Christians in the region are being affected.

The Beirut studio also continues to create many of the most colourful and lively SAT-7 shows for young people, such as Stories in the Attic and live programme A Riddle and a Story (pictured). But nothing quite beats Christmas. With large-scale concerts and Christmas services, the SAT-7 Beirut studio finish the year doing what they do best: celebrating Jesus extravagantly in the midst of uncertainty.