Arabic Children Lebanon Let's Sing Together refugees SAT-7 KIDS Syria
“The soldiers stopped our school bus and ordered us all to get off,” said Babel, a girl from the dangerous region of northern Syria, as she shared her story on SAT-7 KIDS on 20 April.

“We were all terrified, but I started praying and in a strange way felt totally at peace. I knew God was going to intervene and help us.

“Suddenly the officer got a phone call and said to the bus driver “Keep moving. I need to go!””

Babel, along with her five sisters, little brother and parents, fled from northern Syria to safety in Lebanon six months ago when living conditions and the security situation in their home-town became unbearable.

Amazingly, the whole family became Christians four years ago and the children have been very attached to SAT-7 KIDS programmes ever since! 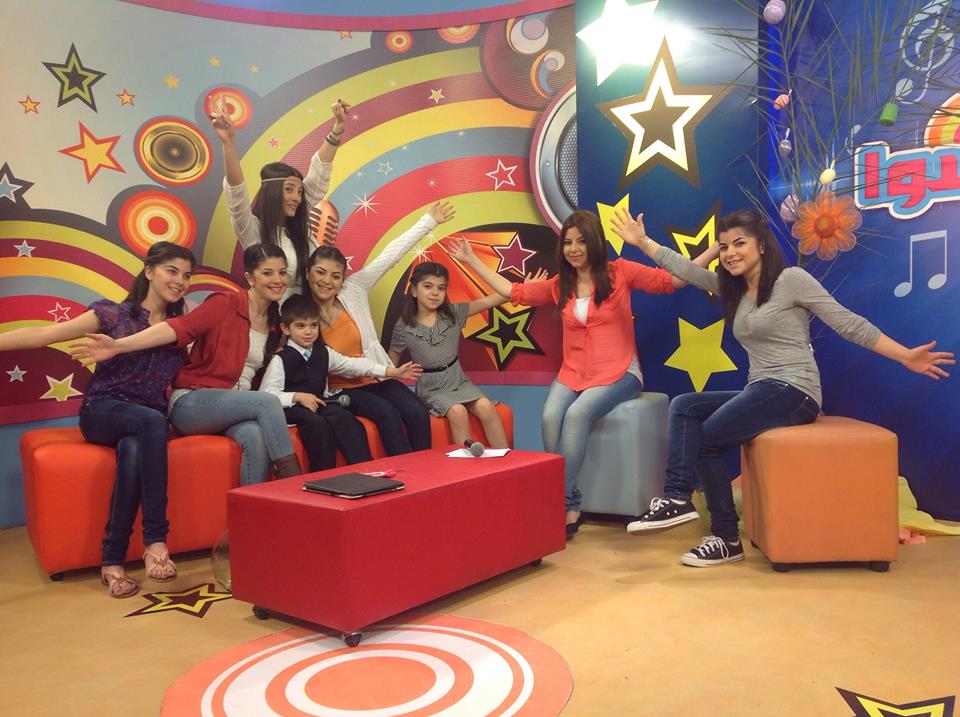 They began sending messages from Syria on Facebook to Marianne the presenter of the programme Yalla Nghanny Sawa (Let’s Sing Together), and when they arrived in Lebanon she invited them to appear on the show (see photo).

Marianne said, “We were discussing the miracles of God in that episode. Each child told a story of a miracle God performed in the Bible. We then said that our God still performs miracles today so that He may be glorified, and that he interferes in big and small details in our lives. That is when Babel shared about how God had looked after her and her friends in Syria.”

Marianne went on to say, “They are extremely talented kids. They played the piano and the guitar and sang all together. It was so touching to see brothers and sisters using all the talents God gave them to praise Him in the midst of their very hard situation.”

Atra, the second oldest girl in the family, prayed a moving prayer on the show: “Bless al the children in Syria and those in Lebanon. I pray that peace will prevail in both countries, Lord, and in every country that passes through difficult circumstances. You are our living God, and you can do miracles every day. We believe in you, God, and we love you.”

During the programme the children sent greetings to their friends and family back in Syria who also watch SAT-7 KIDS.

Please continue to pray that SAT-7’s programmes touch the hearts of those suffering from the horrendous war in Syria with the love and peace of God, and the hundreds of thousands of refugees like Babel and Atra and their family, who’ve been forced to flee to find sanctuary in neighbouring countries.

Thank you for your prayers for SAT-7’s ministry.

Watch the children sing on ‘Let’s Sing Together’