You are here: Home / Latest News / Teaching the living Word of God
Search

Teaching the living Word of God

Once a rebellious teenager and now a teacher of God’s Word, Pastor Adel Malek helps empower viewers to face everyday challenges through the programme Words for Life. He shares the importance of helping viewers seek the truth in the Bible.

“Interpreting and understanding the Word is very important, because the Bible tells us about God and what His will is for us,” says Pastor Malek, the presenter of the show. “God doesn’t just want our prayers. He created us to be His hands and feet on the earth, and fulfil His will through our works and service.”

Pastor Malek chose the name Words for Life for the programme to highlight the importance of God’s Word in our lives. “The Word of God is so powerful,” he says. “It gives life and changes us.”

Many Christians in the Middle East and North Africa (MENA) who have limited access to Christian teaching can now learn biblical truths, as Pastor Malek explains the Scriptures in a simple and profound way.

A JOURNEY OF TRANSFORMATION

Pastor Malek draws inspiration for his teaching from his personal experience of transformation.

“I dutifully went to church as a child, but during my teenage years I felt a wave of rebellion overcome me,” he explains. “I began to have questions that no one could answer. I thought that Christians were naïve in their faith and didn’t have strong evidence to support it. It sounded illogical to me.”

His thirst for understanding was quenched when he met a Lebanese man who was able to explain the Christian faith and theology to him in a systematic and logical way. Since then, Pastor Malek has been keen to explain the Word of God to new generations.

“Blind faith is dangerous and fragile,” Malek explains. “It is not based on strong foundations of historical facts and reasoning, so it could collapse when subject to questioning. That’s not our Christian faith.” Pastor Malek insists that people shouldn’t take any thought or idea for granted, but rather research and find the truth.

Pastor Malek and his wife emigrated to the US in the 1980s, where he worked for 25 years as a traffic engineer.

“For eight years after I received my Master’s in theology, I felt God was calling me to serve as a pastor. But I was reluctant to leave my career as an engineer,” Malek confesses. “In 2011, seeing the rising numbers of Arab Christians immigrating to the US, I finally made the decision to become a pastor.” Malek is currently Pastor of the Arabic Fellowship Church in Huntington Beach, California.

Pastor Malek visits Egypt regularly and records episodes of Words of Life for SAT-7 ARABIC. Following the success of its first season, the channel is now producing season two, which is scheduled for broadcast in late 2019 and teaches Paul’s letter to the Romans. Additionally, this season introduces a new segment where people from the streets of Egypt ask questions and Pastor Malek answers from the studio.

George Makeen, SAT-7 Arabic Channels Programming Director, considers it vital that SAT-7 produces its own teaching programmes. “Nobody knows our viewers’ needs more than we do,” George says. “We receive so many comments and questions from them daily, so it’s important for SAT-7 to invest in producing teaching programmes that answer these questions.” 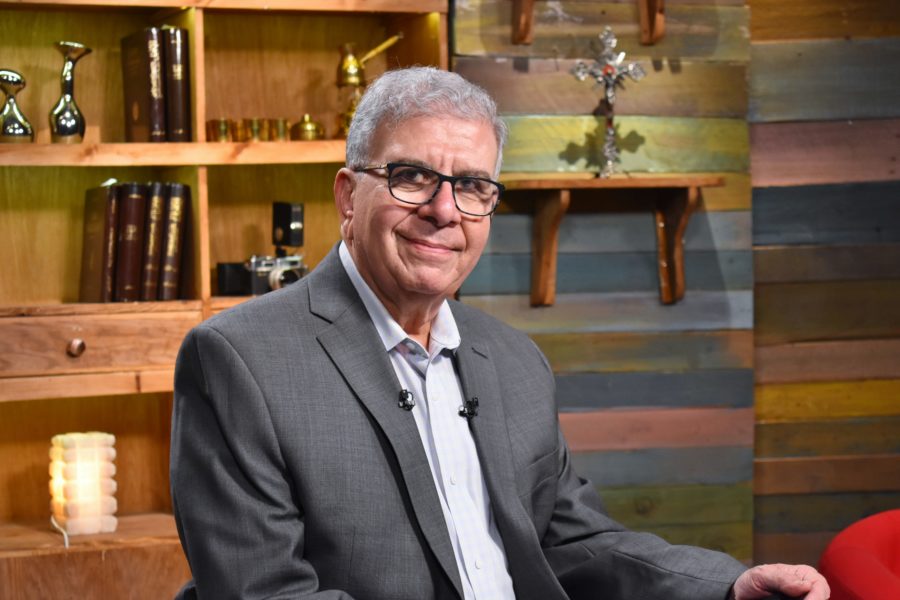