You are here: Home / Press Releases / Televised conference in the desert energises faith in Egypt
Search

Televised conference in the desert energises faith in Egypt

A Christian youth festival in Egypt was so packed that people were “squashed in the aisles”, but that did not deter the spiritually hungry crowd! 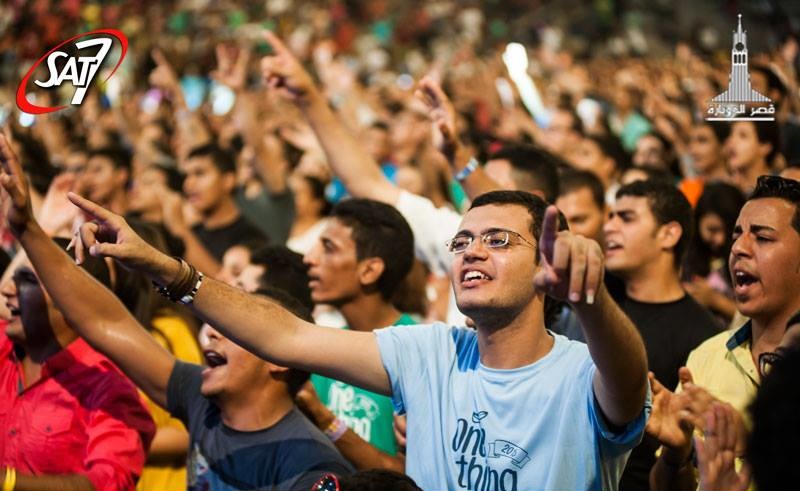 The sixth annual OneThing festival in Wadi el Natroun took place from 1-3 October with around 7,000 people attending each day.

One of the main speakers, Rev. Sameh Maurice (below right), said that the packed and enthusiastic crowd offered “hope that there are youth who want to continue lifting the banner of God’s love”, adding, “There are people who really seek God and God will reveal Himself to those who seek Him diligently with all their hearts.”

The event, which seeks to strengthen and encourage young Christians in their faith, is organised by Egypt’s largest Evangelical church, Kasr el Dobara Evangelical Church (KDEC). Inspiring Bible teaching and worship from KDEC is broadcast every week by SAT-7 via satellite TV and on its SAT-7 ARABIC Live Youtube site. The OneThing festival was broadcast in the same way, making it possible for millions across the region to share in the teaching, worship and prayer. 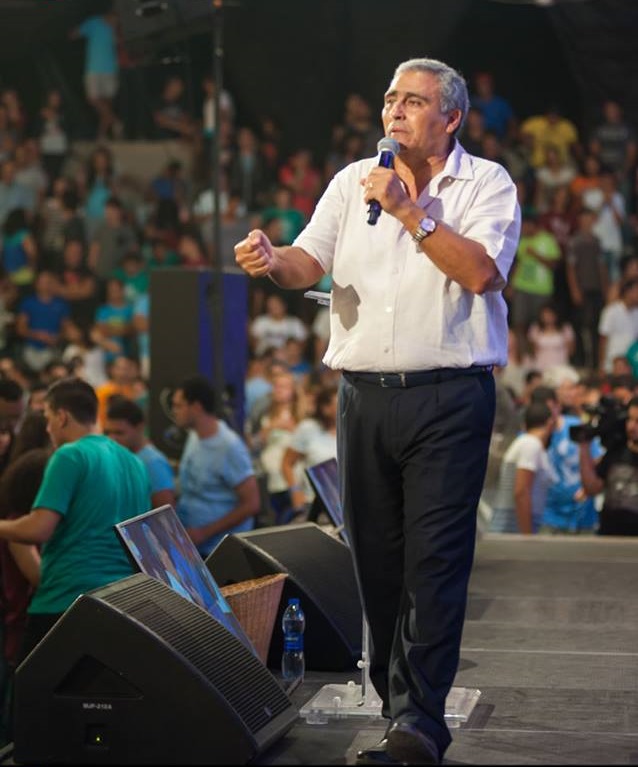 Among 850 Whatsapp  messages received in the first 5 days of transmission, a viewer from Sudan, said, “I am Christian by name and I was very far from the Lord.  But now I returned to Him and I know how great He is…I want to know Him more and more.”

The transmissions also prompted lots of questions. Rev. Maurice said: “It is amazing to see the great numbers of people following this event. There are also many questions and comments. To those who sent their questions through SAT-7, we received them and will answer your questions and respond to your requests soon. The messages you sent are very encouraging.”

The theme of this year’s OneThing was, “To proclaim the year of the Lord’s favour” from Isaiah 61:2 with teaching on freedom, faith, humility, and healing.

It was held at Beit Wadi (House of the Valley), a 130-acre site in the desert, midway between Cairo and Alexandria. The site is owned by KDEC and is used to reach out to young Egyptians through various ministries. These include a rehab centre for drug addicts and youth sports ministry.

Count it Right, a Christian festival even bigger than OneThing, which will take place this year over the weekend of 6-8 November. Attendees, who are bussed in from across Egypt, are entertained during the day by extreme sports demonstrations and other performances, then in the evening, everyone comes together for extended worship, preaching and prayer. Many commit their lives to Christ.

Prayer is requested that SAT-7 will be able to transmit the Count it Right festival to viewers as in previous years. Uncertainty remains currently because of a surprise legal case (10 October) against the SAT-7 Egypt studio which has caused the suspension of its live programming.