You are here: Home / Briefings / The Briefing – November 2015
Search

Another eventful month saw Russia and Iran join the Syria talks table, a shock election result in Turkey, and a thumbs down for ideas of an autonomous Christian region in Iraq

News from the region

It has been a year of surprises in Turkey and last week brought the latest. No one, including the ruling AK Party itself, expected a return to an outright majority in Sunday’s 1 November elections, but that was exactly what happened. In June, the AKP had suffered its first defeat in 13 years and was unable to form a government. Analysts expected Sunday’s outcome to be almost a replay of the June results ushering in a new era of coalition governments. Instead, the AKP not only won the majority needed to form a single-party government but attracted some 4 million new votes from nationalists and Kurds.

Initial analysis is that voters opted for stability and single party rule in the face of weak alternatives offered by opposition parties, a summer of violence resulting from the collapse of the ceasefire with the Kurdish separatist PKK and a new campaign of explosions apparently conducted by ISIS networks, and serious economic challenges. It is yet to be seen whether the AKP had learned lessons from their June loss and will pursue a reform agenda or repeat the divisive policies it has pursued in the last two years. The leftist, pro-Kurdish HDP party which won seats in parliament for the first time in June, meanwhile, lost support but still passed the 10 per cent threshold to take seats. No matter what, the election results demonstrated that Turkey remains to be a truly complex and unpredictable country.

A new diplomatic initiative led by the US has resulted in a foreign minister-level gathering of 17 countries involved in the Syria conflict in Vienna. Foreign Ministers of the US, UK, Turkey and Russia joined others including the EU’s foreign policy representative. The key player in this gathering was Russia as this is the first multilateral meeting since the country joined in airstrikes in Syria. Iran, too, attended talks for the first time, saying it supported a six-month transition following elections to decide Assad’s future. Both Russia and Iran continue to back the Assad regime. US, Turkish and UK foreign ministers have vowed they will not support a deal in which Assad remains in power, though some have signalled they might accept an interim phase. Further talks are scheduled for mid-November.

Meanwhile, the US announced that American special forces will be deployed in limited capacity to the region to aid opposition groups, particularly in the fight against so-called Islamic State (IS). The covert operations against IS continue alongside aerial campaigns by a coalition including the UK, France and regional actors. The UK government will soon have to seek an extension to the mandate allowing RAF jets and army personnel to take part in these operations.

Israel and the Palestinian Territories saw a worrying escalation of tensions last month with a number of “lone wolf” attacks on Israeli civilians, clashes between Palestinian protestors and Israeli security forces, and settler attacks on Palestinian villages. Warnings of a third uprising, orintifada, eased at the end of the month after a US-brokered agreement between Israel and Jordan. This particularly focused on access to the Temple Mount in Jerusalem – a flashpoint for recent tensions. Muslim groups had voiced anger over a claimed increase in Jewish access to the site which is shared by Jews and Muslims.

The discussion on the future of Christians in Iraq continues. The decision of Iraq’s Council of Ministers to create a governorate on the Ninevah Plains had raised ideas of an Christian autonomous region, similar to that of the Kurds in Northern Iraq. However, many Iraqi Christians and experts see such proposals as dangerous. They risk isolating them, forcing Christians in other countries to move there with little economic opportunities, and creating a Christian enclave that would risk being easily overrun since Christians do not have strong militant support like the Kurds or Shiites. Yonadam Kanna, of the Assyrian Democratic Movement, recently told Al Monitor newswebsite that Christians in Iraq never requested this, and dismissed it as an idea put forward by groups in US and Europe. 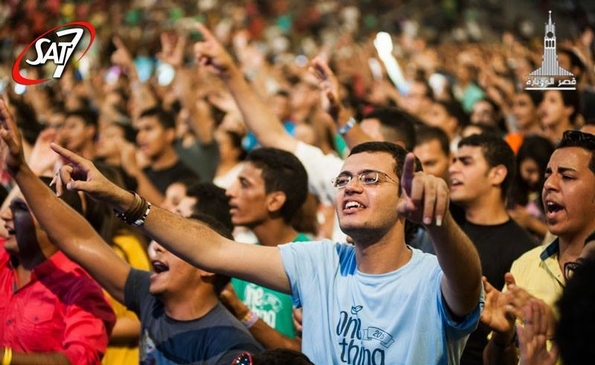 In Egypt, some 7,000 mostly young Christians squashed into the conference arena at the Beit Wadi (House of the Valley) convention centre over 1-3 October. The annual One Thing festival organised by Kasr El Dobara Church, Cairo, offers inspiration not only to Egyptian believers but to hundreds of thousands who watch via SAT-7’s TV broadcasts. Count it Right, a more family-focused festival at the same site was due to run from today (6-8 November). But severe storms and flooding in the area have led organisers to transfer the first day to Cairo. SAT-7, meanwhile, is unable to broadcast the event live after a raid by Egypt Censorship Department officers who seized some of the Egypt studio’s equipment. SAT-7 says it remains unclear what laws or regulations it could have broken and believes that charges are based on a lack of and/or incorrect information.

Also this week, the spiritual leader of the world’s Eastern Orthodox Christians, Ecumenical Partriarch Bartholomew, is visiting the UK. He has held meetings with Orthodox congregations and prayer services with the Archbishop of Canterbury. Patriarch Bartholomew represents some 250 million Christians is based in Istanbul, the seat of the Patriarchate for more than a thousand years.

In Turkey itself, the nation’s highest court ratified a lower court decision to return 439 acres of land to the Syriac Deyrulzafaran Monastery. The Turkish Treasury had seized the land in 2006, claiming ownership. The ancient monastery had, earlier, won a long legal battle proving its historic ownership of the land which the Treasury then took to the high court. It is encouraging to see that such an injustice has been addressed.

The US Commission on International Religious Freedom also released its annual report on religious freedom. The findings paint a bleak picture of current conditions of Christians in the MENA. You can download the report and see individual country sections at www.uscirf.gov