Have you ever compared your child with other children to get them to behave better or study harder? It’s a question that SAT-7 ACADEMY parenting programme The Coach posed to parents on a busy Cairo high street and to its studio guests. 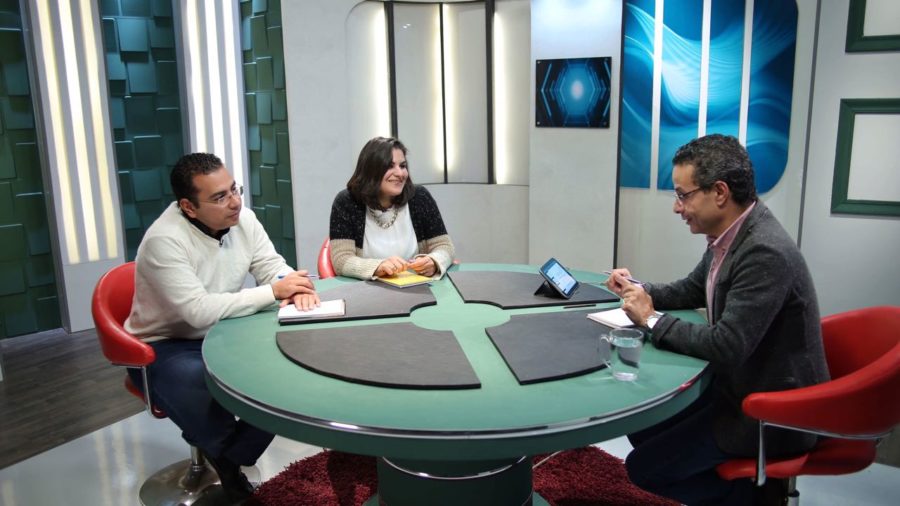 “Comparing children is a dangerous thing,” a father pointed out, stressing how it can backfire and cause resentment.

But in the studio, where conversation was more prolonged, guests like Doaa Fathy, a mother to two girls, admitted to doing it often. Encouraging her older daughter to set a better example to her more compliant younger sister worked for a time, she said, but now she is always looking to spot her sister’s mistakes!

The Coach is hosted by counselling and self-development expert, Dr Ihab Maged. The 26-episode series is designed to address a raft of parenting, child development and family issues.

In a region where many marry at a very young age and inherit traditional approaches to child rearing that aren’t always helpful, the programme aims to help mums and dads understand their children’s needs better and play a more effective role in their development.

The show’s producer, Peter Nelson, is dad to a six-year-old child and said he had long searched for a programme that could advise him on being a better father. So when SAT-7 ACADEMY came up with the idea for the series, he jumped at the chance of making the programme he had been looking for.

Produced in partnership with Dr Maged’s Guru School for Training and Education, The Coach acts as a friend to parents and takes an honest, down-to-earth approach to parenting. Topics in the first series have included tackling lies, addressing obstinate behaviour, overactive children, relating to adolescents, parental conflicts, healthy diets, stages of childhood, building an independent character, punishment, self-confidence, and many others.

In its first season, the pre-recorded programme is proving so popular that SAT-7 will be going live once a month beginning on 1 November. This will give viewers the opportunity to put their own questions directly to show host Dr Maged.

So what about that old strategy of comparing one child with another? Dr Maged was clear and spelt out three damaging effects. Comparing children makes them feel inept, lowers self-esteem and makes them feel belittled in other people’s eyes. It creates anger towards the person they are compared with. Thirdly, “comparison makes them think that their standard of success is other people’s opinions of them, so they always seek people’s acceptance to be successful.”

Instead of comparing your child with a sibling or one of their friends, encourage your child with well-chosen examples of famous successful people, he advised. This can provide more neutral role models to look up to and inspire them.

But the key to helping your child thrive, he said, is to recognise and encourage each child in their God-given individuality: “God created children with great and wonderful abilities to have a happy and fulfilling life but comparison and using negative words with our children robs them of their identity.”

Help us invest in the next generation

Donate here if you would like to support SAT-7 programmes that are helping to share God’s love and input good values to the next generation of children in the Middle East and North Africa.

Watch clips from this episode

See how some parents answered when asked if they compare their children with others and watch an excerpt from Dr Maged’s studio discussion.