You are here: Home / Features / The search for a breakthrough in Syria
Search

The search for a breakthrough in Syria

A long-awaited ceasefire between Syrian government forces and many rebel groups began on Saturday (27 February). Despite reported breaches on both sides, it appears largely to have held in the first 48 hours. But the peace is fragile, reports indicate that some rebel areas believe it is a trick before the regime resumes violence, and jihadist groups Islamic State and the Al Nusra Front are excluded from the truce. We summarise the complex situation and why it has taken so long to reach even this partial and fragile peace. 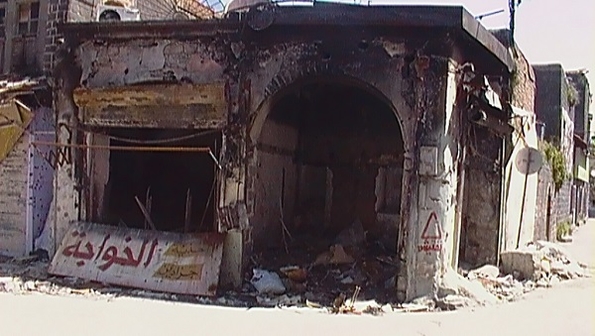 This partial truce has been founded on the United Nations Security Council Resolution 2254, made in December 2015, requiring a cessation of hostilities, increased access for humanitarian aid and the resumption of peace talks in Geneva on 7 March.

US-led attempts to achieve this last month gave hope of a breakthrough but collapsed within days of talks starting. There were fierce diplomatic tensions in the lead up to the meetings in Munich, particularly regarding who would be present, and what would be the parameters of any agreement reached.

While Russia wanted Kurdish groups to be part of the opposition, Turkey demanded that the political affiliate to the Kurdish YPG was not invited, or if it was, it should be with the Assad regime delegation. For its part, the Assad regime refused to meet with many of the opposition groups. Then there was the challenge of inviting people from a myriad of opposition groups, as some of them would qualify as jihadists. The cooperation of the so-called Islamic State (IS) in talks was out of the question.

After the meetings, a preliminary agreement was announced that promised a ceasefire in two weeks’ time if certain conditions were met. But even as the talks got under way Russian jets continued to bomb towns heavily and indiscriminately while Iran-backed regime fighters unleashed a major offensive on opposition-held areas of the city of Aleppo. One of the Russian strikes was a direct attack on a hospital, a clear war crime. Meanwhile, the Kurdish YPG saw the opportunity not only to continue working with the US against IS, but to use Russian aerial campaigns to gain new territory by attacking other Syrian opposition groups (which are backed by the US, Turkey, Saudi and Qatar).

This raised the anxiety stakes sharply for Turkey. The YPG advances cut access to the Turkish borders for other opposition groups. And, since the YPG has connections with the Kurdish militant group PKK, which is in renewed conflict with Turkey, the republic’s leaders see YPG control of a large portion of its border as a long-term threat. Sunni Arabs in Syria – who constitute the majority of the population and government opposition – were worried that the US was supporting the YPG which had begun attacking them and seizing their towns under Russian air cover. One commentator pointed out that the US was now fighting a proxy war with itself.

Turkey began shelling YPG targets to stop its advances and condemned the US for its inconsistency. The US asked both Turkey and Kurdish groups to show restraint. Meanwhile, a terror attack in Ankara killed some 28 soldiers and military staff. A Kurdish group related to the PKK claimed responsibility. This has both strained Turkish and US relations, and influenced Turkish reactions to developments in Syria.

As for Assad, he stated in an interview that the agreed ceasefire did not mean he would stop fighting terrorists. On 21 February, observers remained sceptical when US Secretary of State John Kerry announced that he was hopeful that a ceasefire could be possible soon. Syrian government forces were continuing their advance and regaining key territory. The Kurds had seen an historic chance to take control of large portions of land they could use in steps towards their historic ambition of an independent Kurdistan. Both Russia and Iran were fixed in their intention of supporting Assad for their own interests. Saudi Arabia was determined to react to any Iranian advance. Opposition groups remained intent on toppling the regime. And on top of this, IS – fixed in its goals of maintaining an Islamic state – mounted two brutal bombings that claimed another 150 lives in Alawite (Shia) districts of Damascus and Homs.

Only a week ago prospects for imminent peace did not look good. But since Saturday, a limited halt to the bloodshed has been achieved. A BBC reporter commented that, for the first time in five years, civilians were waking up to the sound of birdsong rather than bombs. Let us pray that this peace will hold, that God will soften the hearts of regime and rebel leader alike, and that fruitful negotiations will get under way that recognise the differing aspirations of Syria’s people.