On 31 May 2021 Christian satellite television and digital media network SAT-7 celebrates 25 years of broadcasting in the Middle East and North Africa.

Its first modest two-hour transmission was a trailblazer since it was the first time that Christians from the region had gone on television to share their faith publicly across the region. Twenty-five years on, SAT-7 airs four 24/7 channels in the three main languages of the Middle East and is watched by over 25 million people. It has become a mainstay of life for millions of Christians and an attractive introduction to the Christian community, their values and beliefs, for millions of others.

Rita El-Mounayer, now SAT-7’s International CEO, stepped into her first TV role when she appeared on the network’s first broadcast 25 years ago. “When I look back to the early days,” she says, “I can see a clear line through all of this history: God’s blessing; His faithfulness. How He has enabled us to be used as a voice for and to the people of the region, to be the trusted platform for the Church, and to be able to respond with His hope and His Word in all the times of deepening crisis this region has seen..”

A book by SAT-7 Founder Dr Terence Ascott, telling the story of the ministry, is published next month. Dare to Believe! chronicles Ascott’s own journey of following Jesus’ lead through civil wars and unrest, deportation and other dangers, as he sought to use media effectively in support of the life, work and witness of the Church in the Middle East and North Africa.

As SAT-7 looks towards the next 25 years, it is set on evolving to meet the changing needs of viewers and to take advantage of new technologies as they become available. In 2015 SAT-7 became the first Christian channel on the national Türksat platform, making it accessible to over 50 million viewers in Turkey. In 2017 its Persian channel launched on Yahsat, the fastest growing satellite network in the Persian world.

SAT-7’s latest initiative, this year, has been the launch of SAT-7 PLUS, the first Christian video-on-demand service in the Middle East and North Africa. Millions already watch SAT-7 programmes and clips online, but the new service brings together live and library programming from all four SAT-7 channels and reflects media research that predicts video-on-demand will double by 2024. 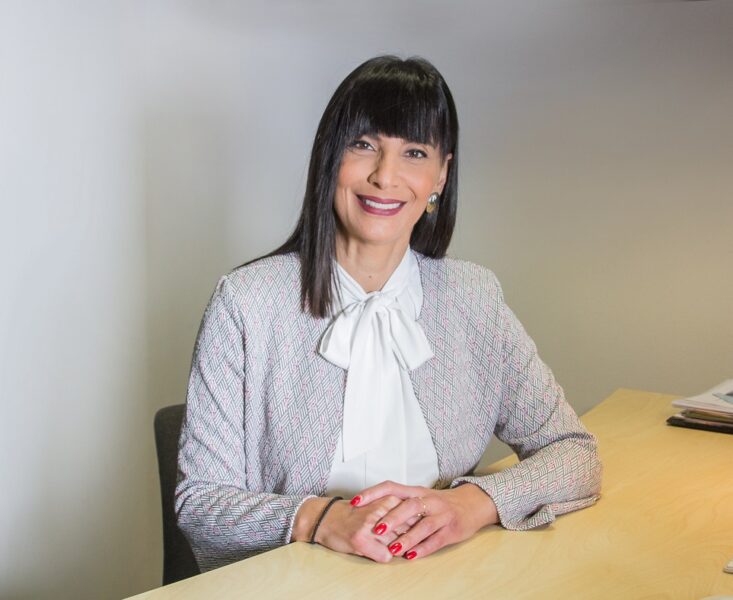 “We can no longer call ourselves a ‘Christian satellite television ministry’,” says Rita El-Mounayer. “We are a Christian multi-platform media ministry, evolving to meet our viewers needs in a digital world. And the needs continue to be huge – from the shores of North Africa to Yemen and Afghanistan and everywhere in between.”

To mark the anniversary, SAT-7 UK is holding a special News and Prayer Live event with founder Dr Ascott via Zoom on 23 June at 12 noon and 8.00 pm. All are welcome to join us and can register here.

Give £25 to celebrate 25 years of broadcasting!

By donating £25 you will enable 50 viewers to watch SAT-7’s faith-building programmes for a full year. Donate now