Addressing the appalling practice of modern slavery, SAT-7 TÜRK programme World View challenges Christians and churches to act, while also raising awareness of labour rights abuses and the increasing pressure on the lives of working people as Turkey’s economy deteriorates.

“We often think of slavery as a historical problem that was based on race and has already been solved,” shares presenter Volkan Er. “Unfortunately, serious cases of slavery, exploitation, and the abuse of labour rights continue to happen today.”

While Turkey tackles an agenda of domestic and foreign politics, a deepening economic crisis, wars in neighbouring countries – as well as the pandemic – World View highlights important rights issues that are in danger of being overlooked. “As Christians, we have a responsibility,” says presenter Senem Ekener. “If exploitation or abuses exist in our environment, we should raise awareness within society.”

The presenters explain that approximately 40 million people across the world are victims of modern-day slavery, which is defined in terms of forced labour, debt bondage, human trafficking, sex slavery and forced or slave marriage[1]. A large majority – 71 percent – of victims are women and girls[2].

“Most cases of modern slavery occur in the technology industry, in the textile industry, and in agriculture,” shares Ekener. “509,000 of these cases occur in Turkey[3], so we cannot claim that this is a problem that happens only in other countries. We need to stand against all kinds of abuse.”

Pressures of a pandemic

The coronavirus pandemic has put vulnerable people such as refugees, impoverished families, domestic workers, and those employed in the informal workplace at greater risk of exploitation. With Turkey’s economy suffering, World View also acknowledges the lack of freedom, and the pressure felt by those who must work long hours for low pay as costs rise.

When presenters Senem Ekener and Volkan Er asked viewers whether they consider themselves affected by these issues or by economic exploitation, 70 percent of those who participated in the survey responded ‘Yes’. “We work, but our expenses are more than our income,” shares one viewer. Highlighting the burden of heavy societal and family expectations placed on individuals, another responds, “Unfortunately, we are dependent on our bosses. If I leave my job, people at home will say ‘Do what your boss says.’”

A CHALLENGE FOR CHURCHES

“Our faith does not allow for circumstances in which we can be a part of this suffering,” adds Er, presenting a Christian response to these issues and expressing a need to act. “We see God’s promise of freedom very clearly in the Bible. The Church has one goal: to be Christ’s loving hands and to show God’s love to the world.”

The programme refers to the work of the International Justice Mission (IJM) as an example of how churches can work with local authorities to tackle slavery and violence, human trafficking and forced labour. A clip of David Westlake, Chief Executive Officer of International Justice Mission, speaking to Christianity Today was also quoted on the programme:

As well as feeling angry at the state of slavery, I am also filled with hope. Since March, our teams have helped to find and free over 3,000 people from slavery and oppression… Churches around the world have been giving, praying, acting and raising their voices to help make this possible.”[4]

As Christians, we are called to “Speak up for those who cannot speak for themselves, for the rights of all who are destitute. Speak up and judge fairly; defend the rights of the poor and needy” (Proverbs 31:8-9). Please pray that viewers of the programme World View will be moved and empowered to stand up to any exploitation and abuses around them and be examples of God’s love in Turkey. 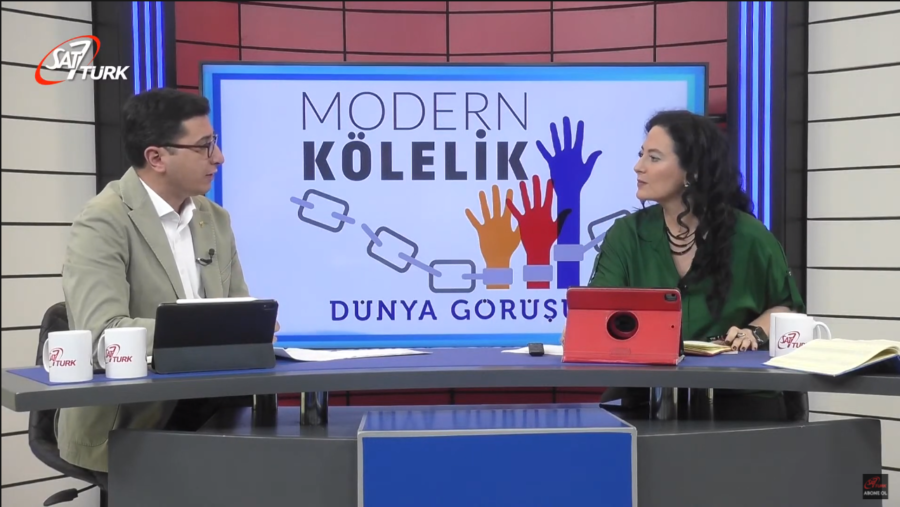