SAT-7’s Turkish news service, SAT-7 TÜRK HABER, has established itself as a valuable source of news in Turkey. By providing reliable and objective news from across the country, the channel is helping unify and inform Turkish churches and Christians.

People in Turkey love watching television and, more than anything else, they love watching the news. However, news about Christians is often misrepresented on secular television. By providing reliable and objective news related to Christians in Turkey and around the world, SAT-7 TÜRK has gained the respect of other media companies and is often consulted by them on all aspects of news about Christians and the Church.

A NETWORK OF CHURCHES

SAT-7 TÜRK HABER is highly regarded among the Christian community in Turkey, becoming a first point of contact relating to news about Christians.

“We are working on finding individuals at each church who can serve as a point of contact, and who will keep us updated on their news, prayer requests and church updates,” explains Melih Ekener, Executive Director of SAT-7 TÜRK. “It will then be up to us to present this information as news.”

SAT-7 TÜRK already has such contacts in eight major cities in the country, and regularly receives two to three news items every day.

This model of receiving news from local churches could be applied across the Middle East and North Africa (MENA) in the future – a service which would be particularly valuable in times of persecution.

In recent news it has been acknowledged that Christians are the most persecuted religious group in the world. At near genocide levels, a majority of this persecution occurs in the MENA.

“As a Christian channel, we cannot ignore the reality of what is happening in the region,” emphasises Levent Kınran, a member of the board of SAT-7 TÜRK and a representative of TeK, the Protestant Churches Association.

By providing accurate, up-to-date information about what is happening to other believers in the region, Christian news can bring much-needed support to the MENA’s persecuted Church – as well as building unity and trust between different denominations.

The latest local and international Christian news is available on SAT-7 TÜRK’s news website. Articles in both Turkish and English cover all aspects of Christian life, including church events, culture and arts, health, technology and even sports.

“News about Christians is vital,” comments Rita El-Mounayer, CEO of SAT-7. “Christians in Turkey have a voice, and they need to be heard. It is crucial that we develop and finance our news department in Turkey.”

“Our goal for the future is to create a fully functioning news department,” adds Melih. “We want to become an ambassador of Christian news for Turkey.” 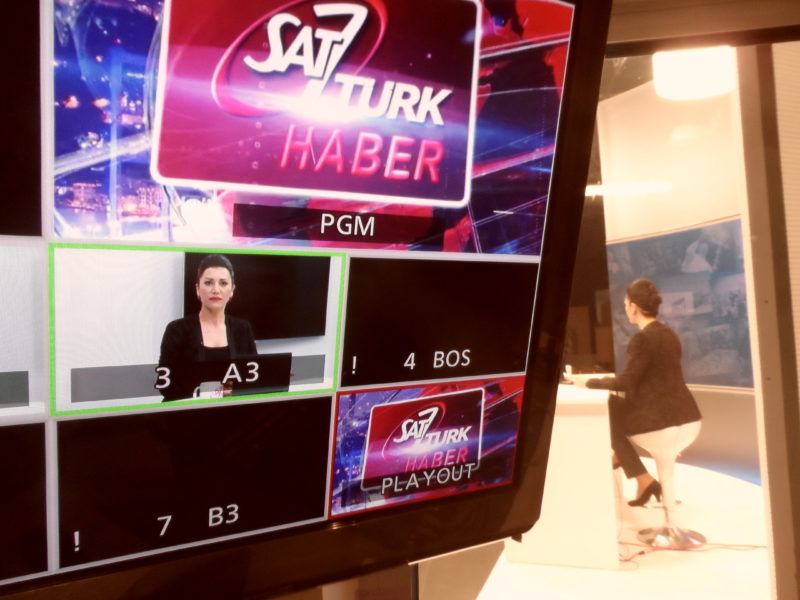