SAT-7 viewers Sedat and Gülay are among the comparatively tiny number of Christians in Turkey, a country of almost 80 million people. At a time of great hardship, they turned to Jesus – and since then, He has done miracles in their lives. Here they share their remarkable story and their love for SAT-7 TÜRK.

“I was so scared. I kept hearing a voice saying, ‘Don’t be afraid’. Then I saw him so clearly, dressed in white. He said, ‘I am He. Don’t be afraid.’”

With tears in her eyes, Gülay recounts the moment she encountered Jesus in a hospital room. Seven months pregnant and facing the possibility of lifelong disability, she was at rock bottom.

“Our hearts were ready”

This moment was not the first time that Gülay and her husband, Sedat, had faced adversity. Not coming from a Christian background, they grew up without a clear and strong faith in anything. So, when they struggled financially and life became overwhelming, they couldn’t see a way out.

“When we realised what was missing in our lives, we started searching,” says Sedat.

The couple wondered if the teachings of Christ might hold the meaning they were looking for. At first, it was difficult to find a church. But when they visited one congregation in their home city of Antalya, they received a loving welcome.

“We found what was missing,” Sedat remembers. “Our hearts were ready. We had been longing for this for so long.”

The church continued to show them God’s love, supporting them when Gülay developed debilitating back problems. Any remaining doubts the couple had were eroded, and while at a church picnic, Gülay gave her heart to Christ.

Light in the darkness

Soon afterwards, and while heavily pregnant, Gülay was hospitalised. Told that she faced permanent paralysis and should undergo an operation, Gülay was terrified and planned to discharge herself.

“I was just about to leave, but there were no lights on,” she says. “It was very dark. Suddenly, a bright light shone on me, and I heard someone say my name. I could clearly see a figure in the light.”

Gülay heard the Lord tell her not to be afraid, because He would heal her. “My heart felt so pure,” she says. “I was so scared, but at the same time I felt so peaceful.”

When Gülay woke up after the operation, she was able to walk down four flights of stairs. The doctor told her it was the most successful procedure he had ever carried out. Gülay knows that it was the Lord that guided the doctor’s hands that day.

Like many other believers in Turkey, Sedat and Gülay struggled to find Christian resources to help them grow in and share their faith. This, they say, is where SAT-7 TÜRK makes a big difference.

“We really, really love SAT-7, and we watch it a lot,” says Gülay. “Just this morning I was almost late for work because I had to finish a programme!

Smiling, she adds, “SAT-7 supports us and encourages us always.” 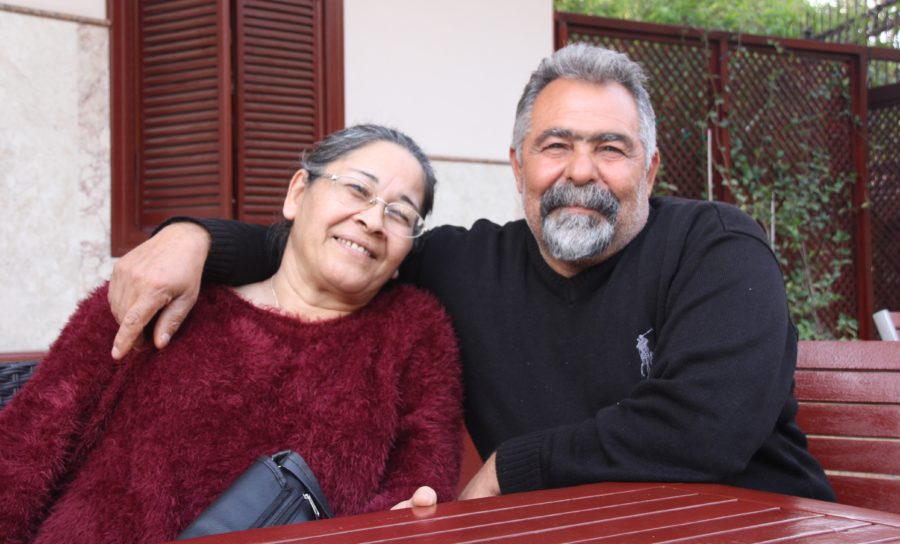