Cairo Egypt Needle and Thread reconciliation SAT-7 KIDS Why is That?

“Cairo is a city that never sleeps. Even at midnight, children are playing on the streets, roadside sheep-traders are open for business and drivers constantly blast their horns as they weave their way precariously through non-stop traffic. The place is buzzing – happening and hot. 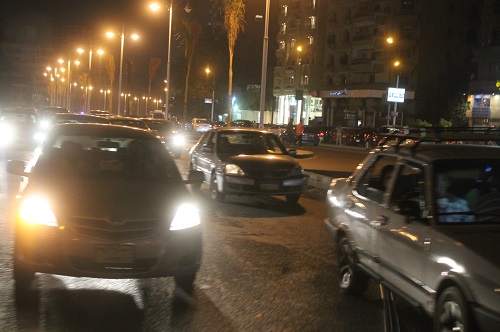 “But in the middle of the chaos, there is calm. SAT-7 is a Christian satellite television company, which from its Cairo-based studios, broadcasts a message of peace, hope and reconciliation to the people of Egypt and beyond. Through its dramas, live church services, quiz shows and current affairs programmes, SAT-7 transmits the good news of Jesus 24 hours a day, seven days a week.”

This is the opening of a feature article by Claire Brine, Editorial Assistant on the Salvation Army War Cry magazine. Claire visited SAT-7’s Egypt studios in October 2014. In her first article she hears SAT-7’s Egypt director, Farid Samir, explain the vision for the channel’s shows and meets staff involved in supporting SAT-7 viewers and Operations Manager, Albert Fawzi, who makes sure outgoing broadcasts run smoothly.

“It is never my intention for our topics to offend people, but I’m not afraid to highlight issues in our culture that need addressing. Christians should be among the first people to challenge unhelpful norms.” In Claire Brine’s second article, Maggie Morgan, the director of SAT-7 ARABIC’s young women’s show Needle and Threadexplains what drives the content of a show which is building an ever-growing audience across the Arab world.

Then she speaks to Essam Nagy – better known as ‘Mr Know’ to viewers – and one of the most loved figures on the SAT-7 KIDS channel. First introduced as a character in a five-minute segment on SAT-7’s first children’s show, his programme Why is That? is now a weekly live show lasting two hours.

Back in 2005, Essam says, his seemingly all-wise character would take questions from his young viewers that were mostly factual or scientific: who invented the mobile phone or air-conditioning. These days, Claire discovered, “he is far more likely to receive questions on the subject of religion – and the politics surrounding it. After Muslim Brotherhood supporters burnt scores of churches across Egypt last year, one girl asked: Why did God create Christians and Muslims? Why did he make us different?”

Articles reproduced with kind permission of The War Cry