A SAT-7 TÜRK film crew visited the first ever Christian youth event in Mardin, Turkey, at which two teenage Syrian refugees were baptised.

More than 30 young Christians from across eastern Turkey gathered in the ancient city of Mardin, which is just 20 miles from the Syrian border, for the historic meeting. The three-day gathering included teaching, worship services and visits to historical sites, as well as fun recreational and team-building activities. The two Syrian refugees, aged 14 and 16, were baptised on the third day of the event. 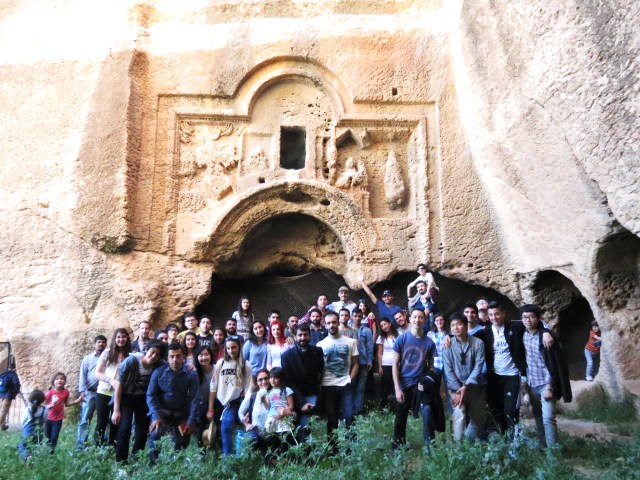 SAT-7 TÜRK aired footage from the youth event on its weekly live news programme, which brings a Christian perspective on national and international events.

The gathering was organised by Mardin’s newly-established Protestant church. The congregation, which was founded in January 2016, meets in an ancient Syriac Orthodox church building that was previously unused and has been refurbished.

SAT-7 TÜRK covered the official reopening of the church in November 2015, 55 years after persecution and migration had forced its closure.

Speaking at that event, Mardin Co-Mayor Februniye Akyol – herself the first Christian mayor of a Turkish city – said: “While our historic churches are being bombed and destroyed across the [Syrian] border, a church … coming to life in Mardin after so many years of inactivity is a message for the whole world. I hope the reopening brings hope and light to the world.”

A show of unity

The theme of the youth event was inspired by 1 Thessalonians 5:11: “Therefore encourage one another and build each other up, just as in fact you are doing.”

Pastor Ender Peker spoke about the importance of collaborating as the Body of Christ:

“We used to fear the traditional churches before our church was established, and we accused them of being prejudiced towards Protestants. But we have experienced the opposite here. This community has been more than welcoming, and we found that we were the ones who were being prejudiced. This youth meeting shows how Christians can come together as one in Jesus.”

Also at the event was Syriac Orthodox Priest Gabriel Akyüz, who further emphasised the importance of working together. “It is essential that we continue to communicate and support one another in our faith,” he said. “We should not pull one another down because of our differences. We all believe in Christ. We must encourage one another.”