The Archbishop of Canterbury, The Most Revd & Rt Hon Justin Welby, told Christians in Egypt not to fear but to unite ahead of this Sunday’s national day of protest against President Mohammed Morsi and the Muslim Brotherhood.

In an interview with Middle East Christian TV broadcaster SAT-7, the Archbishop, who was the guest speaker at a graduation ceremony on Monday (24 June) at the Alexandria School of Theology, said: “This is a time for turning to God and seeking his love, and his compassion and his goodness.”

He went on to say, “Do not let uncertainty result in fear which drives us apart, but through unity overcome fear.” 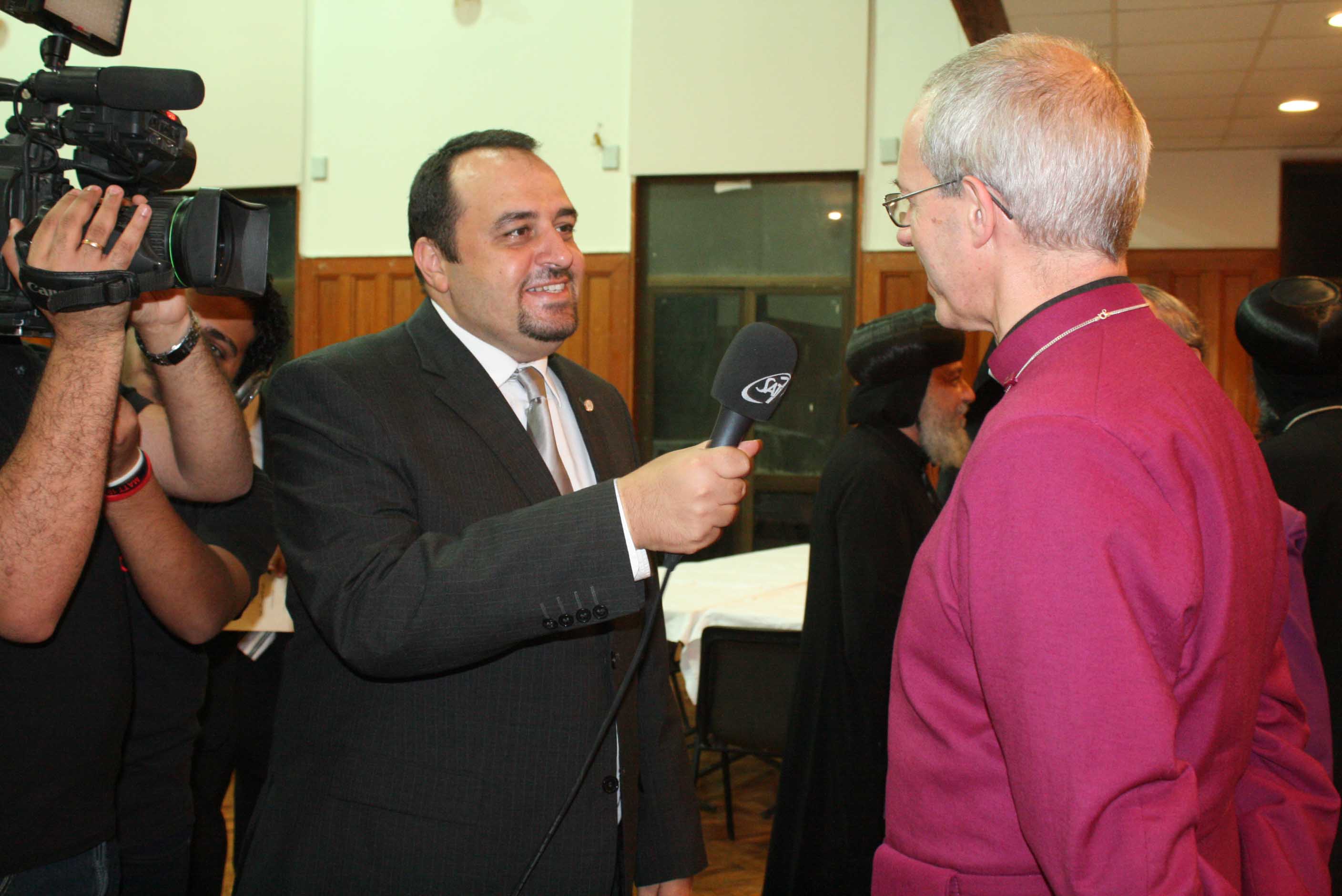 When asked how Egyptian Christians should respond to pressure from those of other faiths, the Archbishop commented “Jesus calls us to love one another and he calls us to love our neighbour, so we’re called to unity and hospitality, to have open arms to welcome people…to show them the love of God without conditions.”

His comments come as tensions are running high in Egypt as 30 June marks the first anniversary of President Morsi and the Muslim Brotherhood coming to power. Many are fearful of a repeat of last December’s bloody confrontations outside the presidential palace when at least 10 people died.

Mass demonstrations against President Morsi have been called for by Tamarod (“Rebel”) – a grass-roots opposition movement which claims to have collected more than 15 million signed petitions demanding the country’s first freely elected president to step down. In another twist, Adel al-Hassan, an active member of Tamarod, was shot on Sunday, 9 June, suffering a brain haemorrhage that left him partially paralysed.

Ordinary Egyptians say 30 June marks a year of economic depression and widespread social frustration and that President Morsi and the Muslim Brotherhood are not representative of the Egyptian people.

Meanwhile, supporters of President Morsi are increasingly blaming the Church for inciting opposition and threatening reprisals if the protests go ahead.

In direct response to these events, SAT-7 is broadcasting a number of programmes aimed at encouraging Egyptian Christians to pray for the situation and helping them respond biblically.

Ten episodes of special meetings recorded at Kasr El Dobara Evangelical Church in Cairo calling people to pray for Egypt are currently being broadcast across the region on the SAT-7 ARABIC channel.

Special episodes of a SAT-7’s regular programme Bridges are also being broadcast, highlighting the dangers of bloodshed and the value of non-violent protest . On the eve of the mass protests the programme will interview famous Egyptian writer, Ibrahim abd El Magid, and discuss the current situation with Christian thinker and psychologist, Dr Awsam Wasfi.