Popular women’s chat show Needle and Thread is back for a new series. And thanks to viewer interactions over three years on air, the team is better equipped to meet their needs and point women “upward to God, the inspirer of change”.

It is one of a number of live programmes from SAT-7’s Egypt studio that has been able to resume after a six-month hiatus following action by the censorship police in October. 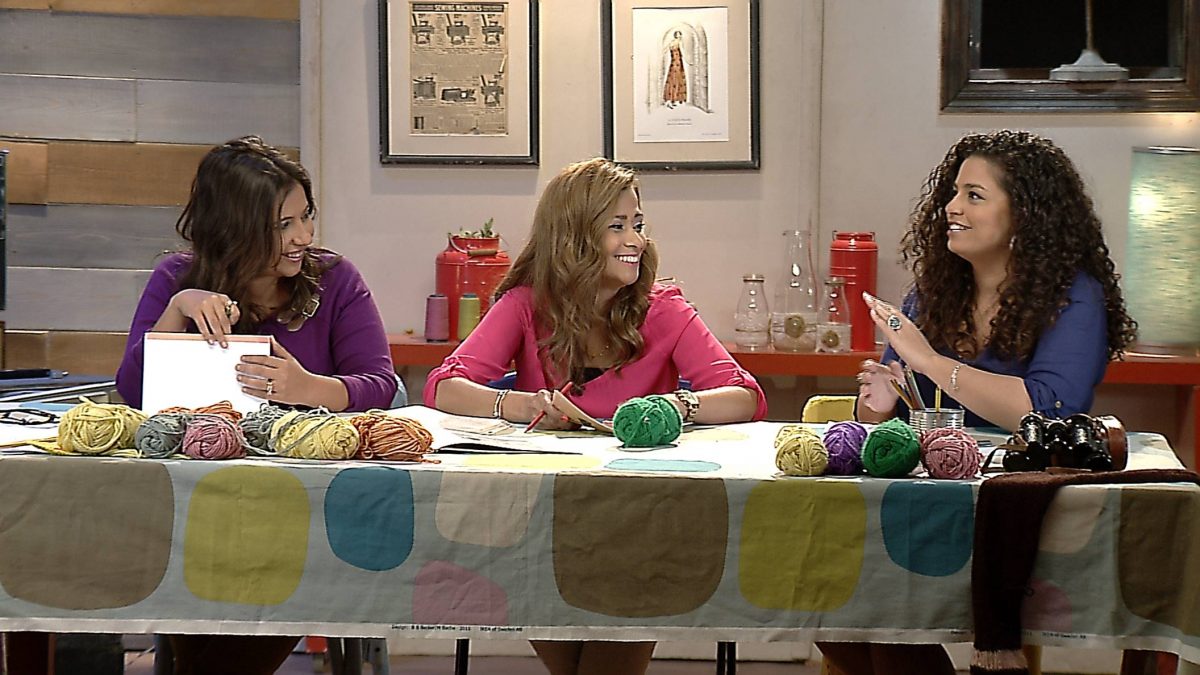 In preparing for the new series, Needle and Thread producer Maggie Morgan has been reflecting on audience feedback to previous episodes. She said: “We got many responses through the influx of callers that we never anticipated in the beginning. The feedback and the callers showed us that there is a need for people to publicly share stories of hope, especially when they are still in the midst of life circumstances that cause doubt and despair.”

Needle and Thread covers a wide range of topics that relate to women especially, such as marriage and singleness, motherhood and childlessness, family and societal expectations, depression, image and career. The presenters, guests and viewers share their experiences and offer mutual support and encouragement.

“I have become more aware of the audiences that call us,” Maggie said, “In the beginning, I had no clue who was watching and why!

I realised that television audiences are not just bored channel-surfers; many are stuck in a situation and television is like a window or a way out.”

Needle and Thread aims to raise Arab women’s aspirations for a better future and helps them take steps towards positive change with God’s help.

The second live episode, on 14 April, tackled the subject of fear. It featured vox pops with children saying what they are afraid of and calls from viewers sharing their fears. Counsellor Suzy Lotfy gave advice to callers about how to overcome their fears and avoid passing them onto their children. Addressing those who fear what the future may bring, Suzy said, “Enjoy today. Your fear of tomorrow prevents you from living today and what you fear hasn’t happened yet.”

Help for those “stuck in a rut” 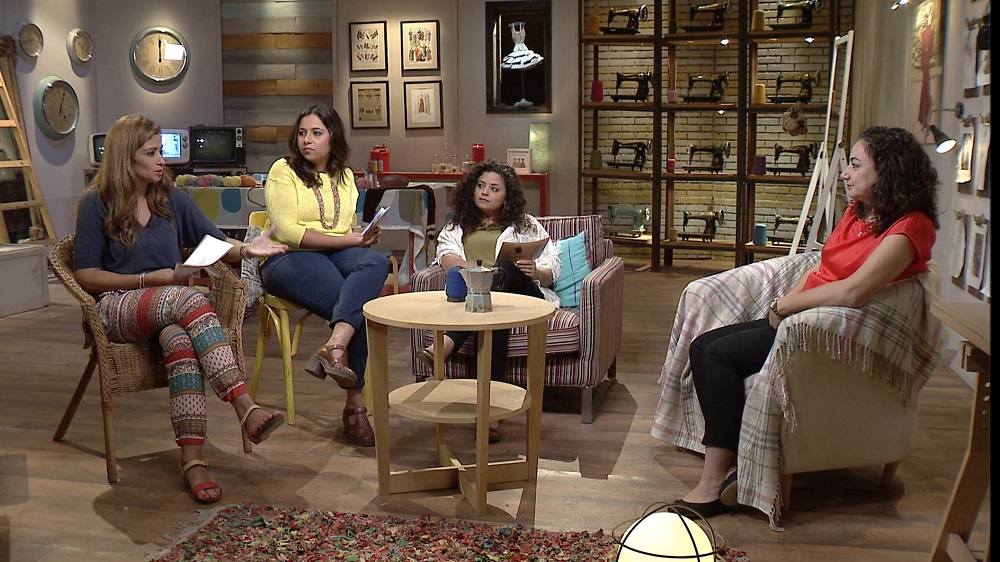 Officially, the target audience of Needle and Thread is women aged 24-40, but in reality, it attracts male and female viewers of different ages, Christian and Muslim alike.

Maggie said: “Really our target audience is people of a particular state of mind, at a particular spot in life, who are going through a psychological state of asking questions about themselves, God, and the meaning of their lives.

“We are targeting those who are stuck in a rut, and who should instead be at the crossroads, on the verge of different discoveries about themselves and about their place in the world.”

Conscious of the region’s growing refugee community, the new series will address the needs of those displaced from their homes.

“We want to point towards a God of new beginnings and new hope,” Maggie said, “A God of small things who wants women everywhere to take care of themselves and acknowledge their own needs, even when in dire circumstances.”

The new series will feature stories of inspirational women and a segment called “The Next Right Thing” aimed at helping viewers take small steps towards improving their circumstances. Two new presenters will be sought who represent different demographics to the three existing young faces of the programme.

There will be more opportunities for the audience to take part: as well as being able to phone into the show live or make comments on social media, Needle and Thread viewers will be invited to contribute to the programme by making their own short films on their mobile phones celebrating the women and sisters in their lives.

Overall, Maggie says, there will be “more content that points upward to God, the creator and giver of life, the inspirer of change, the one who is able to do exceedingly and abundantly and surprisingly and differently from whatever we ask or think.”