Across the UK over 130 volunteers play a vital part in spreading the word about SAT-7’s programmes and impact, with individuals, groups and churches as SAT-7 Ambassadors. There’s nothing more exciting than seeing our children and grandchildren follow Jesus and develop their faith. So we were thrilled to hear how eleven-year-old Caitlin Coles – granddaughter of one of our Regional Ambassadors – has been supporting SAT-7 KIDS and raising funds and awareness among her school friends.

Caitlin (then aged 10) heard about SAT-7 through her grandparents, Christine and David (our Regional Ambassador in the South East). She was so moved by watching an interview by Mr Know (Essam Nagy) with Myriam, a young Christian refugee in Iraq, that she wrote and sent a prayer poem to Essam’s programme Why is That? She had a big surprise when Essam replied, asking if he could translate it into Arabic and recite it to the children who watch the show.

“That really inspired me: that there was a spark of hope out there for people who are having a hard time,” Caitlin said. 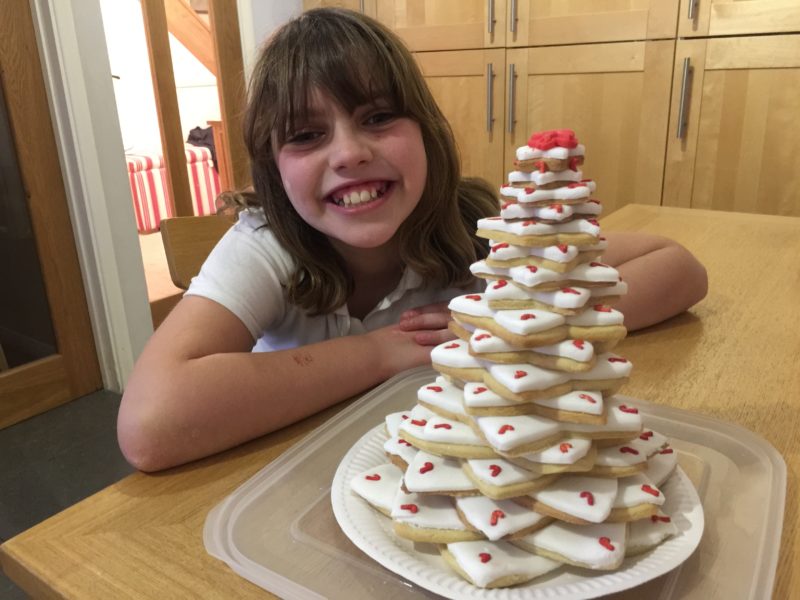 There was no stopping her now. After asking her school headmistress if she could do some fundraising, Caitlin rolled up her sleeves in the kitchen and baked a staggering 200 cakes. She told all 90 children at her school about SAT-7 KIDS and raised £130 towards its programmes.

When Caitlin sent another poem to Why is That? Essam invited her to do a live video call to his show. “It felt really nice that I could do this for children watching SAT-7 and they could see me,” she said. 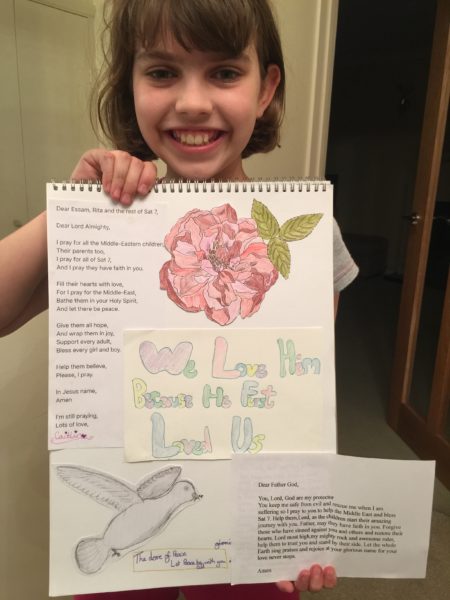 Most recently, Caitlin created two posters for SAT-7 KIDS. SAT-7 UK Board Chair Roy Kemp presented them to Essam and Rita El Mounayer, SAT-7 Deputy Chief Executive, at SAT-7’s NETWORK conference in March. Essam said, “These two pictures really made my day. I will display them during the live show to encourage the children of the Middle East with Caitlin’s heartfelt words.”

If Caitlin’s example has inspired you, perhaps you could encourage young people around you to take an interest in how SAT-7 works with children across the Middle East? You could start by showing them Essam’s short interview with Myriam and the song she sang for him. You’ll find this at www.sat7uk.org/videos

Why not consider joining SAT-7’s ambassador team yourself? It’s a flexible role designed to fit around you, your skills and how much time you can give to make SAT-7 known in your church or locality.  We offer support and resources. Find out more at www.sat7uk.org/volunteer or phone 01249 765865