A spate of deadly bombings by so-called Islamic State sent shockwaves as Muslims marked Ramadan, the month of fasting. Meanwhile, in the UK the 6 July publication of the Chilcot report was a timely reminder of how the West is no distant spectator of events unfolding in the Middle East. Actions taken or avoided in the UK and Europe have serious implications in the region.

News from the Region 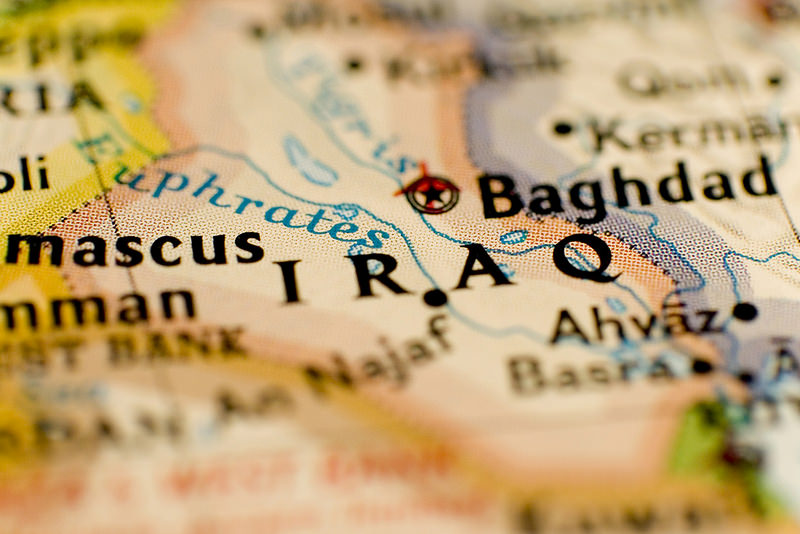 In Iraq, the Sunday before the Chilcot report was published, a massive car bomb in a shopping district killed almost 300 people in Baghdad. The attack was claimed by Islamic State (IS) and was the single deadliest terror attack in over ten years of insurgency. Only a few days earlier, IS suicide bombers attacked Istanbul’s Ataturk airport, killing 41 people in a transit hub used by almost 35 million people a year. Turkey’s tourism industry is reeling as a result of IS attacks on tourists in Istanbul and Kurdish PKK attacks on state targets over the last 12 months. Still more shocking for devout Muslims was a suicide attack in the grounds of the mosque in Medina, Saudi Arabia where Mohammed, the founder of Islam, is buried. A message claiming to come from IS at the beginning of Ramadan had urged its followers to make the season “a month of calamity everywhere for the non-believers”. Turning a month of devotion into one of carnage (which often failed to discriminate between Sunni, Shia, Christian or others) outraged Muslims in the region.

Analysts agree that we are seeing a new phase in IS’ aims. The group is losing substantial territory and resources in Syria and Iraq through concerted ground and air attacks. Fallujah in Iraq is the latest example. In response, many agree IS will seek to increase its terror attacks beyond its heartland to damage the countries supporting operations against IS.

Sadly, there is no sign of an end to the Syria conflict between the Assad government and multiple rebel groups, and no sign of an end to the suffering of millions of Syrians. The EU-Turkey deal has stopped refugee migration flows through one much-travelled route, yet deaths in the Mediterranean continue. Meanwhile, President Erdogan of Turkey surprised everyone by offering to give some 3 million Syrians citizenship. The move is not backed by most Turks who resent their presence in such large numbers. Earlier this year, Turkey announced that Syrians could be given work permits, though only 5,500 have so far been granted.

Positive diplomatic developments have unfolded for Turkey, however. Israel and Turkey have agreed to restore full relations following a six-year rift. Their relationship was severely damaged in 2010 when a protest flotilla sailing from Turkey to break the blockade of Gaza was halted by Israeli forces. Over a dozen people were killed during fights as Israeli commandos stormed the boat. Turkey had demanded compensation, apology and a lifting of the Gaza blockade. After years of negotiations, the first two have been achieved, and Israel has agreed to limited access for aid into Gaza.

In a surprising move, Turkey and Russia also decided to settle their differences a year after ties broke down when Turkey fired on a Russian jet that entered its airspace. While Turkey had tried to pour oil on troubled waters, Russia had imposed economic sanctions and barred citizens from travelling to Turkey. Currently, Turkey is also seeking to renew relations with Egypt. These were ruptured by the ousting and imprisonment of President Morsi. A Turkish delegation is heading to Cairo soon, although Egyptian officials remain fiercely critical of Turkey’s positive relations with the Muslim Brotherhood. Meanwhile, Egypt is looking to increase cooperation with neighbouring Israel and is sending its foreign minister to meet with Prime Minister Netenyahu.

These gestures are significant because they have tremendous implications for the war in Syria, for restraining the influence of Iran, and for stability in the region. Once again, the sands of the Middle East are shifting, at least this time potentially for good. Let’s hope and pray that leaders in the region will act with calm heads and responsibility.

The vulnerability of Christians in the region was underscored again by a series of fatal and violent incidents. Nevertheless, Christians continued to issue strong and clear statements on the need for peace, tolerance and inclusiveness.

In Egypt, a Coptic Orthodox nun was killed and two companions injured from gun fire while travelling by car along the Cairo-Alexandria highway. Authorities claim they were victims of cross-fire caused by a family feud. There was no ambiguity, however, about the targeted killing of Coptic priest Rafael Moussa by a masked gunman in El Arish, the main town in north Sinai. The murder was claimed by IS. More traditional discrimination was behind a mob attack on Christian properties in a village near Alexandria. Eighty Christian homes were torched over rumours that a house being built was to become a church. Police failed to prevent the destruction and, moreover, charged the Christians with holding prayers without a permit. This month, the Egyptian parliament is set to discuss the issue of permits for church buildings. The Christian community hopes that restrictions and red tape that prevent almost any new churches will be eased in line with the President’s repeated declarations that Christians are equal citizens. Please pray for this.

Across, in northeastern Syria, Patriarch Mor Ignatius Aphrem II, head of the Syriac Orthodox Church, survived an assassination attempt when a suicide bomber detonated explosives nearby. In Lebanon, the Christian majority village of Al Qaa, on the Syrian border, was attacked by suicide bombers killing at least five and wounding dozens more. The attack was carried out in waves, with multiple suicide bombers detonating their explosives at different times. IS did not claim the attack, but observers believe it bore their hallmark. Sadly, the attacks received only low-level media attention and left some Lebanese Christians expressing anger and disappointment on social media.

Meanwhile, Maronite Catholic Bishops travelled from all over the world to Bkerke, the patriarchal seat north of Beirut. They issued a strong statement on key issues including the urgent need to appoint a President in Lebanon. By law he is required to be a Christian but the appointment has been blocked for two years now by political infighting. The bishops also rejected any plans to divide Syria into small enclaves that would separate Christians and Muslims.

For the first time in 1,000 years Orthodox churches gathered for The Holy and Great Council in Crete, Greece. Although intended to be a unique expression of unity, the meeting was boycotted by four Orthodox churches, based in Serbia, Georgia, Syria and Bulgaria, over ongoing disagreements. Turkey, meanwhile, saw a far smaller gathering of over 30 young Christians in a south-eastern city. The Youth Awakening drew delegates from across the country, included two baptisms, and was significant in encouraging the country’s emerging Evangelical community.