You are here: Home / Latest News / Faith, hope and courage from families at the Beirut blast site one year on
Search

Faith, hope and courage from families at the Beirut blast site one year on

In a special programme filmed at the site of last year’s Beirut explosion, families who lost loved ones share how their lives were changed forever yet they are sustained by their hope in Christ. 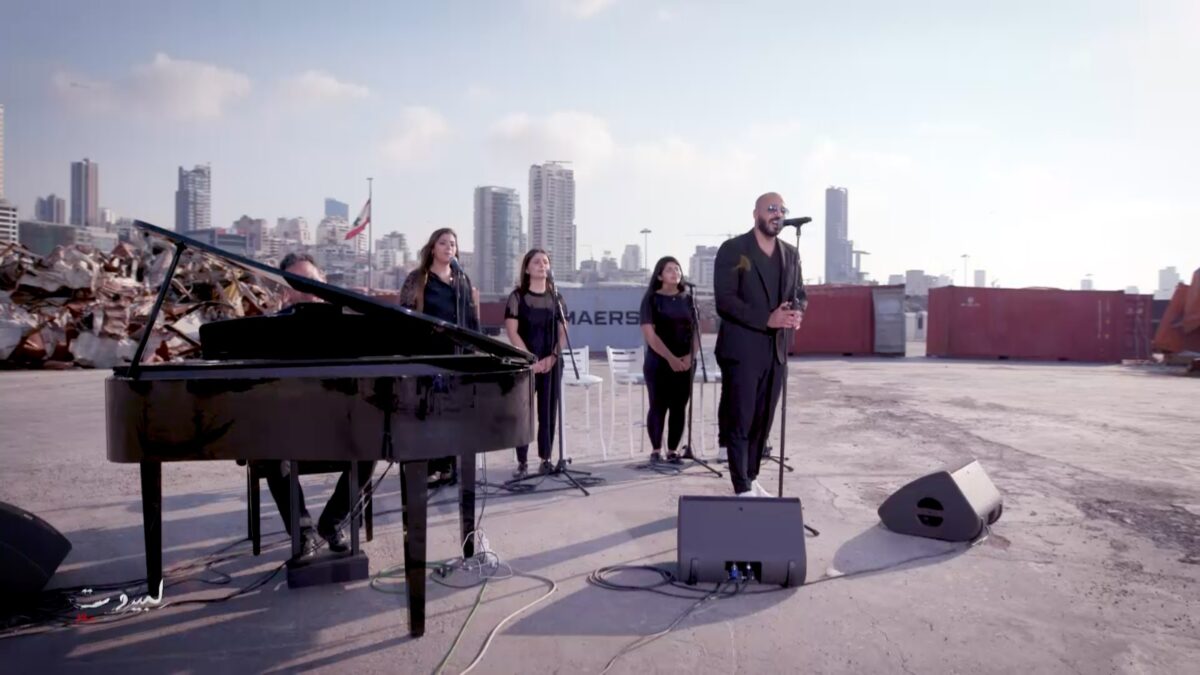 “It’s been a year, and if Jesus wasn’t with us, you wouldn’t have seen us here talking,” shared Elie Hasrouty, who first spoke to You Are Not Alone immediately after the blast with no idea if his father was still alive. Weeks after the blast, the family discovered that their father, Ghassan Hasrouty, had died in the explosion.

Today, he shares how the most challenging moment was watching his sister give birth whilst his father was still under the rubble. Elie shared that the family would never have endured what they have been through if it wasn’t for Jesus.

“What I can say now is that it is a journey of growth, of new discoveries and light amid the death and sorrow that we are living in, both individually and as a family. Of course, there is despair and surrender and doubt. But, at the same time, there is a journey with the Lord; a journey of freedom, a journey of trust in God, who I know through Jesus Christ. God gave me life, and he gave me life to be happy and faith that gave me freedom. In all my circumstances, I can find happiness and happiness is in love is and is in my humanity and in my heart,” shared Elie.

Carlene Karam lost her husband, brother, and cousin in the blast. Her young children lost their father.

“In the beginning, I used to ask the Lord to take away this cup from me. I did not want to feel this bitterness. I did not want to lose them. That was before we found them. After we lost hope, I prayed that one of them be like Lazarus. If they are dead, return at least one of them from the dead. But after that, I realized that what the Lord did with them was more than what He did for Lazarus. He returned Lazarus to our temporary earthly life. But He gave my family eternal life.”

Carlene’s daughters are only three-and-a-half and two years old.

“My eldest daughter asks a lot about her father. Now she knows that he is with Jesus. The first time I explained to her, I told her that he is with Jesus. I ask every person who suffered from the blast not to forget what happened on 4 August 2020. It is not a common crime; it is a disaster against humanity,” shares Karam.

“If we do not stand together and find the truth and hold accountable every person responsible for this blast, then Beirut is lost.”

The producer of You are Not Alone, Sirene Semerdjian, felt the burden of making the right programme to commemorate the blast. After attending the funeral of a young friend, Sirene understood the special programme she needed to make.

“At the funeral, the scene was beyond description – a band raising hymns, people praising God. This is where I experienced grief and hope at the same time. There is resurrection – Jesus is in our hearts, death isn’t the end. When we went home, my heart filled with peace and faith. It made me think of how some people give up after the death of their loved ones; they think there is no reason to be alive anymore. But that’s not true – Jesus is here for us to bear these burdens.”

All the guests were given white balloons to write prayers on and let them fly as a message of peace, hope, and prayer for Lebanon and Beirut.

May Melki, who will always be remembered as the woman whose first choice was to sit and play the piano on returning to her damaged home, shared what she wrote on her balloon:

“Firstly, my condolences to those we lost, a loss that cannot be redeemed. I ask the Lord to help them overcome the great wounds in their hearts, lives, health, and children. Then, a prayer of hope, love, reconciliation, and forgiveness”.

Please pray for all those affected by the blast in Beirut today.