Alongside ACADEMY Channel Manager, Juliana Sfeir, colleague George Makeen is one of the driving forces behind SAT-7’s vision to help meet the educational needs of families in the Middle East.

Makeen and Sfeir visited refugee camps in Lebanon and other parts of the MENA to assess the needs of refugees and how SAT-7 can meet them through its programmes. There, they witnessed first-hand the struggles of refugee children, who are often dealing with the fallout of trauma including depression, anxiety, nightmares, behavioural problems, and domestic violence.

“I see God in the faces of these children,” says Egyptian-born Makeen, Programming Director for SAT-7’s ARABIC channels. “It pushes me to pray, asking God for justice and to be a Father to them. I pray He will protect these innocent ones from all the horror their eyes have witnessed. May we be part of God’s plan to protect them.”

SAT-7 believes education can play a key role in providing this suffering generation with a better future. Makeen adds, “Everyone, especially underprivileged and displaced people, can shape their own destinies when given the chance. Everyone deserves the freedom to develop critical thinking, and to express their hopes and dreams outside of rote learning.” Makeen recalls a recent production for SAT-7 ACADEMY called Storytelling Club, in which refugee children were invited to participate in a story-sharing workshop together. “These shy children were all too aware that they are less fortunate and often not accepted by others. But once they were given the tools to express themselves, and to see themselves not as victims but as creative, powerful people, they excelled!”

In Storytelling Club, young viewers were taught how to express themselves and share their stories. They are encouraged to write out or draw their experiences of overcoming problems, helping them feel empowered to deal with other situations. One such personal story was turned into a mini movie. The Day I Became Strong is about a young Syrian refugee girl who witnessed her brother being bullied and beaten by a bad-tempered teacher. “I felt the power to stand up, go to this teacher who everybody was afraid of, and say, ‘Why did you beat my brother? You shouldn’t do that!’” she shared on Storytelling Club. “When I did that, I felt strong!”

SAT-7 ACADEMY begins promotional broadcasts on 1 September 2017  and a full schedule on 11 Spetember. It is the first dedicated channel in the region to focus on education, health and social development for all the family. 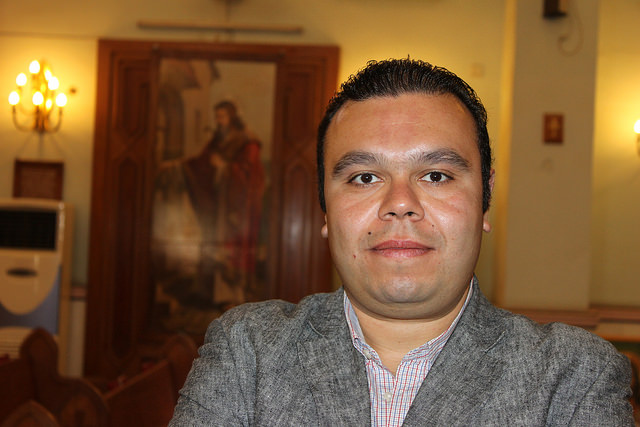