Youth talking to youth: this is the theme of iNews, one of the many engaging educational shows on SAT-7 ACADEMY. Almost 100 episodes have been made so far, with two more being filmed every week, says Fadi Taher, the director of Icon Media, a Cairo production house that creates a number of programmes screened by SAT-7.

The programmes have a teenage host and consist of interviews and vox pops with young people. They’re fast-moving and only seven minutes long “because kids won’t sit for longer!” Fadi laughs. In that time, the programme introduces a headline topic that’s up for debate, then it goes on to the streets to get young people’s opinions. Each episode has two short news items and one teen report – usually showing a young person’s passion or hobby.

“The aim is to give kids information and a platform to share their opinions,” Taher says. “They speak freely and we get all sorts of views. Kids surprise you: you never know what they will say!”

The show recognises that many of the teenagers and children watching have limited horizons, due to poverty, limited education opportunities or displacement by war.  But iNews aims to expand those horizons in ways that will both motivate viewers and ring true.

In one episode a 17-year-old Egyptian girl told her story of winning a national science competition where she specialised in the subject of neurology. She was selected to represent her country in an international competition to be held in the USA and she told how she overcame self-doubts to reach this goal.

“I always thought that scientists were better than me, but my parents told me that we are all the same and I can be a scientist too.”

In another show, young engineers at a high school demonstrated the electronic robots they had made and talked about their goals of becoming mechanical and electronic engineers.

“In November 2017 we went to refugee camps in Lebanon and shot episodes with Syrian refugee kids,” Fadi Taher says. “We filmed a few stories of some of the young people because, despite their sad lives, they have very nice hobbies – like drawing and music – and then we asked a general question about having to leave Syria.”

This was “very tough for them”, Taher admits, but he stresses:

We show real stories, kids who are going through struggles, but they still have hope and good achievements that can inspire other young people.” 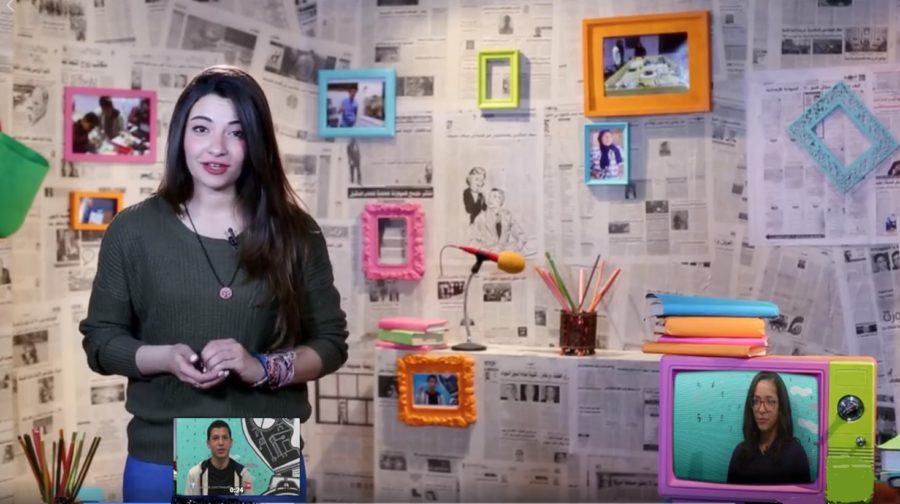