It’s a truism that Middle East societies are male-led and patriarchal. But how do you enable those men to lead well – to lead as people who will serve their families wisely and thoughtfully as well as seek to succeed in their own right? This is the target of Men’s Talk (Kalam Rjal in Arabic), SAT-7 ARABIC’s men’s magazine show which has just completed its sixth season. 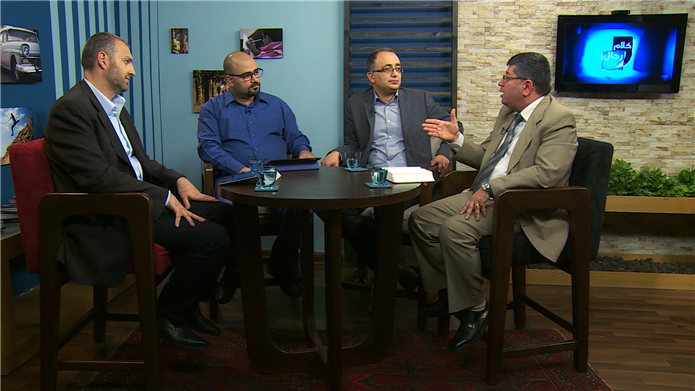 The show is made in Jordan by a small independent production company that also created a long-running SAT-7 women’s show, More Precious than Pearls, and two ever-popular children’s series, Colours (“Alwan”) and A Book in a Playroom.

One of the show’s three producers explained how its hosts – clinical psychologist Dr Issam, financial analyst and trainer Odeh, and  social worker Issa – have found a way to speak to their audience on all kinds of issues. In airing some topics that Middle Eastern men would not normally discuss openly it offers a unique lifeline of support to many of its viewers.

Seven things a man should know

“We talk about all sorts of topics men want to hear about,” the producer said: “Fighting temptation, sexuality, leadership, work ethics, pornography, double standards, extremism, death and grieving, about questioning where is God, how to trust God as a man and how you learn to surrender. One of the last topics we talked about was domestic abuse. The episode talked directly to the domestic abuser and presented ‘Seven things you should know as an abuser’.

“We’ve run a series of episodes on the theme of seven,” the producer continued: “Seven things you should take care of, seven areas of your life where you need to be a leader, seven things that make your child cry secretly, seven reasons why you are still single, and seven ways to safeguard your child in a time of war.”

Hitting sensitive nails on the head is not something the show does lightly. “It takes us two to three months of pre-production to get these series written,” the series’ spokesperson  explained, “It’s all about studying the latest research so that we don’t give simplistic answers.  For example, on the episode about protecting your children at a time of war (see clip below), we had a clinical psychologist who talked about post-traumatic stress disorder. We gave really practical tips on how to safeguard your children during a bomb attack, how to keep a routine as much as possible, how to show your feelings without overemphasising the dangers, how to maintain a safe environment as much as possible.” 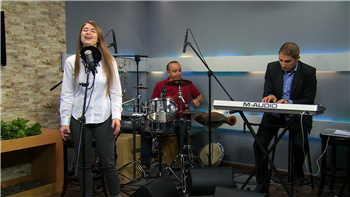 The show has a lighter side too. A studio jazz trio creates a relaxed vibe in between chat segments and practical reports demonstrate everyday skills varying from how to survive an interview to how to buy a second-hand car.

“Whenever we’re at any gatherings men of all ages and backgrounds tell us the show has really made a difference.”

The Dana producer said the reaction to Men’s Talk has been “really amazing”. “Whenever we’re at any gatherings men of all ages and backgrounds tell us the show has really made a difference.”

This year the team have increased the interactivity by developing its Facebook page. “We’re posting video segments, Bible quotes, getting opinions [on an upcoming topic], people are requesting prayers, telling us topics they want to hear about: it’s been really helpful.”

The Men’s Talk team know how to push their audience buttons too. When they posted a photographic impression of a man hitting his daughter, they asked ‘What would you do if this was your daughter?’ There was a surge of responses, most of them outraged, saying things like “I would set him on fire” or “I would tell him you better start running: I’m coming for you.” But when the team followed with another post: “Your wife is someone’s daughter”, the reaction was much quieter.

Although viewers don’t hold back when they express their views on social media, they also show their vulnerability. “One newly married man asked for prayer,” the producer said. “In the three months since they married they have had lots of sickness – he had a tumour, she has been vomiting. We asked for prayer for his tumour operation.

“Sometimes you find these people who really have no one and so they turn to these pages to finds someone who will pray for them. It’s so heart-breaking that you are the only person they can turn to.”

For many viewers, whether they do or don’t have a church connection, the show gives pastoral support. “We end always with a message of hope,” the producer said. “Whatever the topic, we talk about God’s rule in all of this. Even when we talk about something psychological we end by saying ‘God is the solution, God is the provider, God is faithful; in the final analysis we have to lean on him for understanding and strength’.”

With civil war and terrorism affecting many SAT-7 viewers, a recent episode of Men’s Talk explored how to protect your children emotionally during times of war and civil unrest.