You are here: Home / Features / SAT-7 Founder: Why I Am Not Charlie
Search

SAT-7 Founder: Why I Am Not Charlie

As debate continues over the extents and limits of freedom of expression following January’s terrorist attacks in Paris, Terence Ascott, International Chief Executive of SAT-7, gives his views on how to use our freedom wisely – to win hearers rather than lose them.

At least 3.5 million people of different faiths and races and leaders of 40 nations marched in France on 11 January in protest after three days of terrorist killings – of Paris magazine staff, police officers and members of the Parisian Jewish community. Satirical magazine Charlie Hebdo’s subsequent decision to publish further cartoons of Islam’s prophet, however, prompted criticism that this was unnecessarily provocative and has now been roundly condemned by Middle East and North African governments (Ahram Online, 14.1.15).

This has all fuelled a public debate about what press freedom really means. Is it a licence (even, in these days, a provocation) to say whatever we want, or are there some universal laws of decency and respect that also need to be adhered to?

In one sense the answer is obvious – in most societies we do not make fun of disabled people or, more recently, those of African descent. But it seems that there is still an open season on Arabs and Iranians and, by association, Muslims. This will inevitably change over time.

But we also need to understand that the offence taken by Muslims over cartoons depicting their prophet goes beyond a reaction to lampooning. In Islam it is not acceptable to even depict a prophet in any way– whether it be Mohammed, Adam, Noah or any other one.

Apart from what is allowed, or even considered by the majority in a given society as acceptable in terms of criticising or poking fun at different segments of society, there is also the issue of strategy: what is the point of making fun of religion? It might make some feel good. It might be genuinely funny and thought provoking. It might be designed to shock and embarrass specific individuals so that certain kinds of behaviour are discredited and eventually discontinued.

But if we consider the Muslim community in Europe as a whole, is giving offense going to change them, or instead deepen their feelings of being marginalised and belittled? Will attacking their religion or prophet lead to them learning to better respect Western values of democratic and open debate and personal and press freedoms? Or will it create stronger resentment and rejection of the perceived excesses of liberty – a liberty that appears to have thrown away any sense of decency, respectfulness or personal and civic responsibility for minorities in our society?

When SAT-7 was creating its founding documents and programming policies some 20 years ago, we recognised that satellite television presented us, for the first time in history, with the opportunity to go into millions of homes across the Arab World and to say what we like! We were able to by-pass all the usual censorship that is imposed on the press, radio and television in the Middle East!

But, did this mean that we should then use this to attack other people’s faith, in order to promote our own and thereby win converts? For sure, some have since chosen this path but, from the beginning, we recognised that not only would such a strategy provoke a backlash on local “soft target” Christian communities but it would also be unproductive! 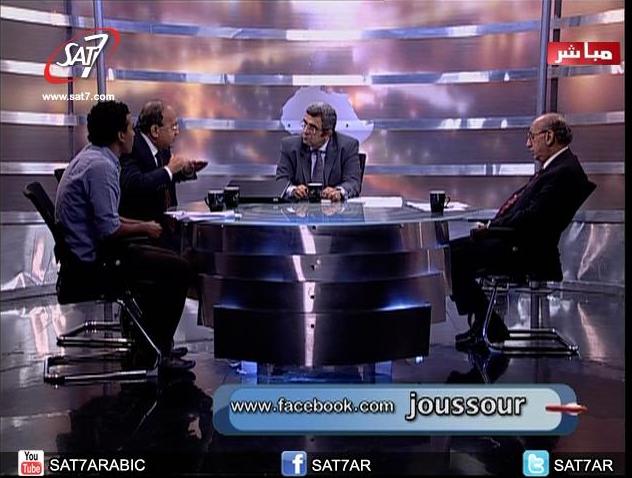 The power of television and radio to change lives lies is in their ability to build long-term relationships with audiences, to be “invited” into closed homes in closed countries day after day, to share positive messages – to present the wonderful and good news of the Gospel. Attacking someone else’s beliefs, in any way, simply offends them and helps ensure that they do not again tune in your channel, or allow their family to tune it in – even by accident!

As we look at our measured audience today, we find that it is the countries with virtually no churches that are the most responsive and are tuning into SAT-7 in huge numbers! Why? Because we are able to offer hope, help and the good news without causing unnecessary offence.

Many will argue that the Gospel and the message of the cross will always be a stumbling block to some. This might be true but we do not need to go the extra mile, trodden by the Paris cartoonists, in turning people away from our message by insulting or belittling what they have believed and held sacred for generations.