Bridges Egypt Gaza Holy Land Iraq Libya MENA region Persecution SAT-7 ARABIC Syria Tensions/Conflict Terrorism
Millions of viewers of Christian TV broadcaster SAT-7 live in the eye of the storms that are currently engulfing the Middle East. Among them are large numbers watching from Iraq and an enthusiastic audience in the small Christian community in Gaza.

As a Christian broadcaster, committed to strengthening the Middle East Church, SAT-7 has been seeking to support these viewers, who daily watch reports of carnage close at hand.

Programming Manager, George Makeen said, “In all our live shows, we are sharing prayers and encouraging words to our viewers in Iraq.” 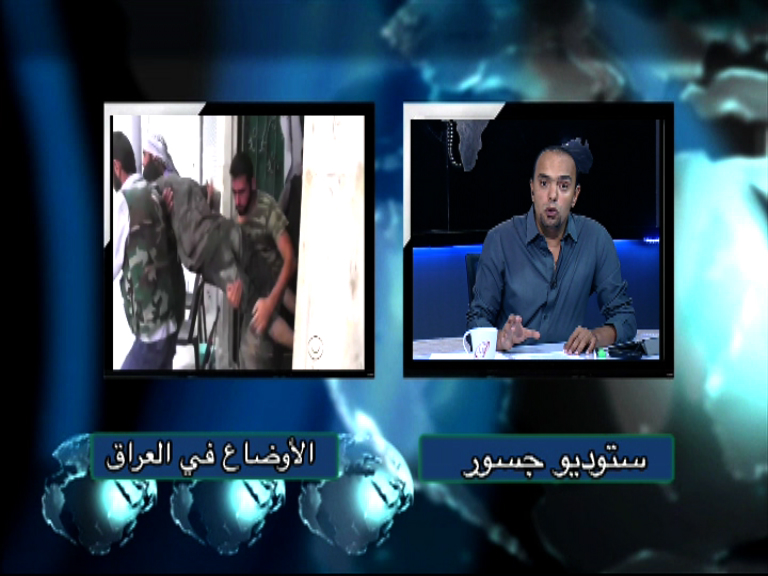 Syria has been a big focus for some time, with even children’s shows featuring refugees from the conflict.

Cairo-produced SAT-7 current affairs programme Bridges (pic of Bridges news report right) has been at the heart of helping viewers to understand complex situations in the region and how they might be tackled.

George Makeen explained that two episodes earlier this month looked at underlying tensions in Iraq and the expansion of ISIS with guest Iraqi politicians and public figures.

On 19 July, the programme’s main focus switched to the Hamas-Israel conflict. A week later, it considered the implications of the expulsion of Christians under threat of death from Mosul. George described the move as “a very dangerous development for the region”.

SAT-7 is not only watched by Christians but gives the Middle East and North African church a platform to speak to their communities.

Makeen said, “We are urging moderate Muslims – the majority in the Arab world – to see that when you let fanatics eliminate one group in society, the circle does not stop there.” Citing Syria, he said, “Eventually, they will turn on other Muslims to persecute those who are different.” 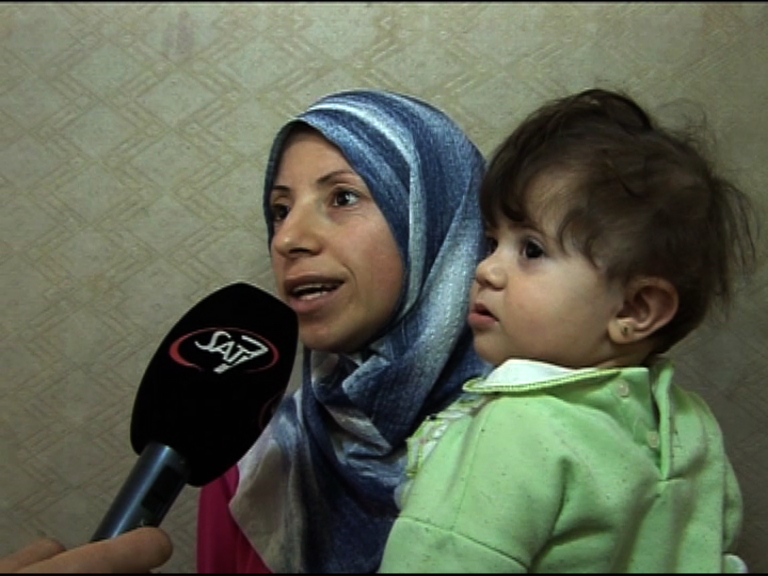 “Defending Christians also is critical for the future of the region as a whole,” he said. “The Middle East cannot prosper and be free without allowing diversity.”

But Mr Makeen stressed, “We are not only opposing persecution of Christians. Christian ethics make it a must for us to speak about injustice regardless of who the victim is.

As far as Gaza is concerned, Bridges looked first at explaining diplomatic efforts to bring about a ceasefire. Then it took on the task of confronting the dominant position in Egyptian media. Makeen said this has been to convince citizens that Gaza is not worth worrying about because “Hamas is the one killing our army officers”. Instead, Bridges drew a line between Gaza’s political leadership and its “many innocents” who deserve justice and protection.

But “The overall impact of such sad news from Gaza, Iraq, Libya, Egypt and of course Syria is that viewers lose hope and need a voice to reflect their confusion,” Mr Makeen said.

SAT-7 seeks to point audiences to a God who is all-powerful, who feels their pains, and who is working to bring about his Kingdom even when this seems hidden from us.

The 26 July episode of Bridges included the prayer clip below which gives voice to the confusion many are feeling.  But it ends with a request to be restored as “witnesses of [God’s] righteousness and light in the face of darkness”.

Prayer for Iraq and Gaza

This clip was first broadcast on 26 July. Why not use it for your personal, group or church intercessions? Please share for others to use. The text appears below.

To you, O God, we pray
To you we acknowledge our vulnerability, despair and confusion.
O Lord, we are tired of the injustice and blood,
Of the rape of the weak and the poor and the daily killing of innocents.
We see our weakness as we witness evil control new land daily, and we have nothing to stop it.
We are confused when we cry out in prayer for one country, then find more victims falling in another one.
We are tired of repeating the words of despair,
Of screaming and no-one answers,
Tired of cruelty that grows uglier every day,
Of seeing the oppressed crushed.
Tired of the cry of despairing mothers embracing their children for the last time,
Tired from the dread of young children who find no refuge from fear,
The young despair of today and tomorrow, and some of even of Your mercy.
Men are confused and powerless against injustice.

How long, O Lord?
How long, O Lord, shall we call upon you when you do not hear? How long shall we cry at injustice and you do not banish it?
Show us your mercy and your power, and do not leave us in despair
Do not let the voice of truth and justice in us become mute in the face of injustice.
Make us witnesses of Your righteousness and mercy, and light in the face of darkness
Hear us that we may see the light of your wisdom
Restore our faith and hope, and make us witnesses to the people,
O Lord.