Under pressure in Syria and Iraq, so-called Islamic State increased attacks abroad while churches in Turkey were on high alert after nationwide terror warnings.

News from the region

Syrian citizens in many areas enjoyed some respite from violence after a ceasefire between government and non-jihadist groups began (27 February) and was mostly observed. A significant development in the ongoing war with so-called Islamic State (IS) was the recapture of the ancient city of Palmyra by forces of the Assad regime. The saving of this historic city from further damage prompted international jubilation, although questions remained over its strategic value in the conflict and why the regime had not retaken it earlier. Despite Russia’s declaration that it was withdrawing forces from Syria, they remain involved at a significant level. Talks should resume on 9 April but there is still no sign of a peace deal.

Islamic State on the defensive

IS has, in fact, seen a loss of territory, and efforts to limit its revenues, strike down crucial infrastructure and hinder its use of the internet to spread propaganda and gain new recruits. The more IS loses its momentum and is pushed onto the defensive, the harder it becomes for it to maintain its fighters and appeal. However, the organisation is resilient and still has local support in Iraq and Syria as well as among foreign fighters. Disturbingly, the IS attacks in Brussels highlighted an important factor: it is evolving. While its main energy and focus has until now been directed at creating a caliphate in Syria and Iraq (as its name implies), a series of attacks beyond this area are worrying signs that it is now seeing the battlefield in much broader terms. This is both due the “revenge” factor, ie wanting to strike Western targets after sustaining attacks, and due to the organisation’s need to demonstrate its strength and ability to undertake attacks anywhere in the world. The message of IS’ “scorched earth policy” is calculated to terrify opponents and galvanise particularly European jihadists in their rank. However, this also has a reverse effect for some recruits. They responded to calls to defend Muslims being killed by the Syrian regime while the world stood by and to create a radical religious state, not because they wanted to commit terror attacks against Europe. However one seeks to analyse the latest developments, it is clear that the wars in Middle East directly relate to our own security in the West.

Terror also struck Turkey repeatedly over the last two months. Both IS and PKK-aligned Kurdish militants undertook suicide bomb attacks in Ankara and Istanbul with high civilian casualties. These, together with the continuing government versus PKK conflict in the south-east, have shaken the nation and created an atmosphere of fear and uncertainty. The economy is also being rocked. After tensions with Russia sent the number of Russian tourists into freefall, now many Western tourists are cancelling holidays in the beleaguered state. Turkey has long been seen as a peaceful destination in a turbulent region. Last week, the US military asked all its staff and families to leave the country.

Libya receives little press attention, but the failed state is still struggling to find a way out of its current mess and halt the advances of IS networks. Prime Minister Fayez Sarraj, who heads the UN-backed government, has arrived in Tripoli. However, the fact that his flight into the city was prevented by competing political bodies such as the General National Congress in Tripoli and the House of Representatives in eastern Libya shows that a long road lies ahead. The challenge is to unite all these different groups, form a strong Libyan army and establish full control within the country’s borders.

Lebanon, though peaceful, is gripped by further tensions as Iran and Saudi Arabia wrestle for influence. Saudi Arabia’s decision to suspend a $4 billion aid package to equip the Lebanese army and strengthen internal security caused ructions. The Gulf Cooperation Council declared Hezbollah a terror organisation after Hezbollah accused Saudi Arabia of destabilising Lebanon. Hezbollah has both an armed military wing and an established political presence in parliament. The UK and US have increased military aid in order to bolster the army’s strength and ensure stability.

There were widely published reports that so-called Islamic State (IS) was planning an attack on Turkey’s Christians and Jews during the Easter weekend after the Turkish Ministry of the Interior warned of a possible risk of terror attacks and the need to maintain security during services. Thankfully, no attack took place, but many Christians felt shaken by such widely published reports amidst ongoing violent terror attacks in the country. Churches have been asked to ensure they have functioning CCTV and accept a security presence during meetings. The Association of Turkish Protestant Churches (TeK) is grateful for the Ministry’s offer of protection and is advising congregations on how best to respond.

Christians under pressure in SE Turkey

Meanwhile, Christians living in Kurdish-dominated Diyarbakir in south-eastern Turkey found themselves having to leave their homes and churches as clashes between Turkish forces and the PKK continued. The government has decided to expropriate large parts of towns impacted by the clashes including historical church buildings. Critics point out that this might be a way of seizing land and denying ownership to people and it means that some church congregations will be left without anywhere to meet. 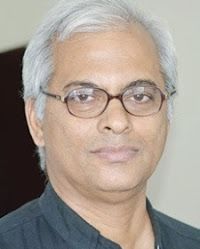 There was much confusion over the fate of Indian priest Tom Uzhunnalil serving in Yemen who was kidnapped on 4 March when jihadists attacked a Christian charity, shooting dead over a dozen Christians in a Catholic-run retirement home. Some press reports published rumours that Fr Uzhannalil was tortured and crucified on Good Friday. However, the Indian press and government has said they have received a new video tape featuring the priest being held captive by militants seeking a ransom for his release.

Israeli authorities surprised many by granting some 850 Palestinian Christians who live in Gaza Strip permission to visit East Jerusalem and the West Bank for Easter celebrations. Over the last decade, very few such passes have been given, especially to men under 30 years of age. Palestinians living in the Gaza Strip cannot leave the area without a permit. There is often tension between Palestinian Christians and Israeli security forces during the time of Easter, as Palestinians often face limitations or blockades by Israeli forces denying them entry to the religious sites in the Old City in Jerusalem.

Despite the ongoing conflict, SAT-7 was able to record a special Easter programme in Damascus, Syria, with some 300 children singing and acting in short sketches. It was a powerful reminder of the hope that Easter gives: Syria’s suffering is not the final word and there will be a restoration and resurrection!

On an international front, calls to term jihadist attacks against Christians as a genocide continue to grow in the US and UK. The US presidential hopeful Hilary Clinton said she will now recognised these as genocide. There is an ongoing debate in expert circles whether genocide is the correct word, as it is a clear legal category, and whether its use will mean that the US or EU will act on it. Nevertheless, the campaign is giving greater political attention to the suffering of Christians in the Middle East and elsewhere.