What is driving the growing tensions between these two major Gulf powers and what part does religion play? Simon Mabon brings some clarity. 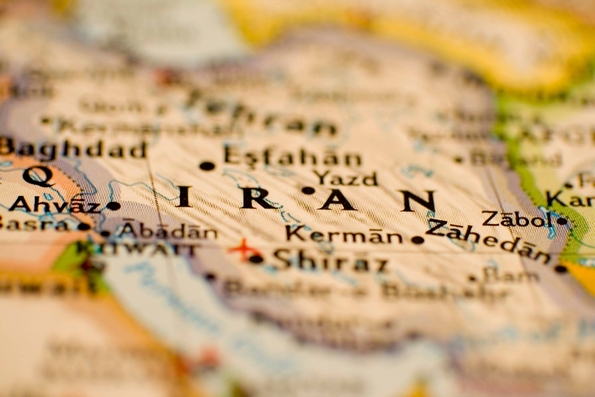 The execution by Saudi Arabia of the prominent Shi’a cleric Nimr al-Nimr on the 2nd January, along with the 46 others found guilty of terrorism by a Saudi court, has seen the already tense relationship between the Saudi Arabia and Iran become increasingly fractious.

In recent days, Bahrain, Sudan and Kuwait have followed the lead of Saudi Arabia and severed diplomatic ties with Iran, while the United Arab Emirates has also downgraded its relations with Tehran. On Thursday, Iran accused Saudi Arabia of deliberately bombing its embassy in Yemen’s capital, Sana’a.

The escalating tension between these two major Gulf powers, who are also rivals within the Islamic world, is increasingly being framed as a struggle between Sunni and Shi’a, which threatens to ignite the Middle East in a sectarian religious conflict. The idea, roughly, is that the ancient religious rivalry between Sunni Saudi Arabia and Shi’a Iran is now manifesting itself through 21st century inter-state conflict.

There is no doubt that the schism within Islam, the roots of which lie in questions about succession in the aftermath of the Prophet Muhammad’s death, has a bloody heritage. One of the first fruits of the debates over succession within Islamic leadership was the death of Mohammed’s grandson Hussein at the Battle of Karbala. This remains an integral part of contemporary Shi’a practice and memory.

But there is nothing inherently violent about the differences in belief between the two sects; rather, it is only when these sectarian identities become politicised – and securitised – that sects can clash militarily. Notwithstanding historical conflicts between Sunni and Shi’a polities (e.g., Ottoman Empire vs. Safavid Persia), current Middle Eastern conflicts have more recent roots. To frame these events simply as competition between two opposing religious traditions is potentially misleading, and ignores other important explanatory factors, which are essential to grasp if we are to develop a coherent policy response.

So what is going on, and what part does religion play? First and foremost, what puts these states in conflict is not a competition between rival interpretations of Islam, but a competition for two regional powers struggling to survive and dominate. This is not to say that religion is merely epiphenomenal* – for instance, different understandings of Islam are integral to securing the rule of both Al Saud and the system of veleyat-e faqih (the Iranian theocratic system). The religious issues are real but secondary, with governments in Riyadh and Tehran tending to use sectarian differences as a means to respond to challenges to domestic legitimacy and regional influence.

The use of sectarian narratives to increase the geopolitical influence of Tehran and Riyadh threatens to make religious conflict a self-fulfilling prophecy. They can have serious consequences for internal stability, given the presence of other sects within each state. They also serve to deepen schisms across the region, as seen in the proxy conflicts in Syria, Yemen, Iraq, Bahrain and Lebanon. If one looks at Iraq under the rule of Nouri al-Maliki, it is clear that sectarian identities played an increasingly important role as Shi’a militias targeted Sunnis, seemingly with impunity. These actions helped cultivate a climate where Da’ish was able to flourish and draw support from Sunni communities who feared for their very survival, though this support is far from universal.

Gradually, sectarian divides are beginning to replace cleavages of nationality and ethnicity. In the 1980s, many Shi’a from Iraq fought against their co-religious kin during the Iran-Iraq war. This seems almost beyond comprehension now. Shi’a communities across the Gulf face a degree of persecution, stemming from the perception that they are fifth columns manipulated by Tehran, perhaps best articulated by King Abdullah of Jordan’s claim about the existence of a Shi’a crescent. There is clearly a greater sense of solidarity in the Shia community because of this, though the perception of Iranian manipulation is perhaps challenged when considering that, for many Shi’a, Grand Ayatollah Ali Sistani in Najaf (Iraq) commands greater loyalty than Ayatollah Ali Khamenei in Iran.

Why does this seem to be getting worse? The political and social upheaval in the region from the US-led invasion of Iraq in 2003 to the Arab Spring has created the conditions where each country sees the opportunity to weaken the other, ostensibly through supporting co-religious kin across the region. Saudi Arabia and Iran, in an effort to project power across the region, have become embroiled in a series of proxy conflicts – Syria, Iraq, Bahrain, Yemen and Lebanon. Each have the appearance of religiously inspired or driven conflicts, but many other factors are in play.

However tempting it is easy to reduce the rivalries between Saudi Arabia and Iran (and many other conflicts in the Middle East) to sectarian difference, this would belie much of the complexity of the region and is a view deserving of the condemnation it receives from many Middle Eastern scholars. Rather, the interaction of a complex web of actors is best understood through the lens of power politics and regime survival, with rulers seeking to manipulate sectarian identities for their own ends, often at the expense of the citizens of their own states.

Dr Simon Mabon is Lecturer in International Relations at the University of Lancaster, Director of the Richardson Institute and a Research Associate with the Foreign Policy Centre. He is the author of Saudi Arabia and Iran: Soft Power and Rivalry in the Middle East (IB Tauris, 2013). This article is published with permission of the author and of Theos think tank where it first appeared.