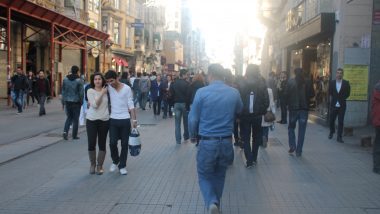 At a time of heightened anxiety in Turkey following the failed 15 July coup, Christian satellite TV broadcaster SAT-7 has been given a new opportunity to offer Turkish viewers words of hope and healing. Just days before the events that have plunged the country into crisis, SAT-7’s Turkish language channel announced it had begun broadcasting on the country’s D-Smart subscription […]

Feedback “Evidence of a growing spiritual hunger” across the Middle East, says Christian broadcaster as it marks its 20th anniversary Viewer responses to SAT-7’s Christian broadcasts across the Middle East and North Africa (MENA) have risen threefold in just five years, from an average of 270 a day in 2010 to well over 800 a day in 2015. Not only […] 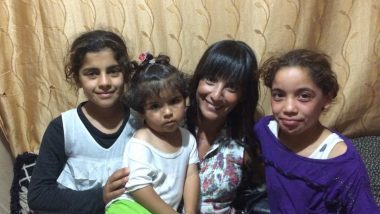 Tehran-born Nikoo Ordodary, presenter of a popular live youth show for Iran, will be one of several Middle East Christian broadcasters at SAT-7’s UK supporter conference, Envision on 21 May. Under the title “Answer the Cry”, they will all be speaking with one message: that satellite TV is sharing Christ in ways and among nations that no other method can […]

Iranian seekers have stunned the Farsi language channel of Christian satellite TV network SAT-7 with their overwhelming response to a chat room launched on Telegram, a new secure messaging app.  SAT-7 is being inundated with 2,000 messages a day from viewers in Iran and has seen over 60,000 views of the Bible in whole or in part since it opened […]

As SAT-7 TÜRK marks its first anniversary of broadcasting on Turkey’s national satellite, the channel’s director has shared his surprise at the positive response it has received from viewers. Surprising because Turkish society for decades has viewed Christians with suspicion and, at times, hostility. SAT-7 TÜRK became the first – and remains the only – Christian channel on Türksat at […]

On 28 January the authorities in Egypt returned all confiscated equipment to the SAT-7 studio in Cairo, more than three months after its seizure by the country’s Censorship Police. The equipment was received back in good condition. “We are grateful that all the equipment has been returned in good shape, including the un-edited programmes on the hard drives,” says SAT-7 […]

The fresh reshaping of alliances in the Middle East will be a major factor that decides what happens in the region in 2016, from dealing with so-called Islamic State (IS) to determining the future of Syria, says Middle Eastern Christian TV broadcaster SAT-7 in its Middle East Forecast for 2016. This rapidly-changing face of the Middle East is already apparent, […]

The presence and beliefs of Christians in the Middle East are now more visible and more accessible to the region’s people than ever before, according to the founder and Executive Director of Christian TV network SAT-7, Dr Terence Ascott. Christians in Algeria are willing to appear on SAT-7 in televised worship services and testimony programmes Despite the percentage of the […]

In one bomb-struck church a manger and Christmas tree are dug out from the rubble. In another, where only the walls remain standing, weddings and communion are being held under an open sky. “We insist despite the hurt and pain and ruin that we return to our Archbishopric and rebuild it. We insist on sending out a message that from under […]