News Bringing freedom to women in the Arab world

Today Not Tomorrow is a new SAT-7 series that is not afraid to ask the hard questions. Questions especially that restrict the lives of women in the Arab world – including justifications for violence and coercion – and prevent them from enjoying the dignity and fulness of life that God wants for them. The Middle East and North Africa is […]

UK Christians have joined believers from around the Middle East and North Africa (MENA) in a Christmas carol music video to highlight how believers in the region are silenced and unable to celebrate Jesus’ birth. Musicians and singers from Iran, Egypt, Lebanon, Tunisia, Türkiye, Cyprus and the UK collaborated in recording a multi-language version of “Silent Night” for an Advent  […]

News With Jesus and the people of impoverished East Beirut

SAT-7 Grants Coordinator Phil Good lives in East Beirut. In this personal blog, he shares how Lebanon’s economic collapse has added an older generation of poorer Lebanese to a church that has already welcomed hundreds of Syrian refugees. What should a church look like? I guess a church is situated in a location and should be a reflection of the […]

SAT-7 has launched its latest programming initiative to support isolated and persecuted Christians in Taliban-controlled Afghanistan. Starting this month (2 November), Church4Afghanistan has begun to complement the network’s TV and digital programmes in Dari and Farsi, and take advantage of the unrestricted availability of Facebook and Instagram in the country and the interactivity this enables. Panayiotis Keenan, Executive Director of […] 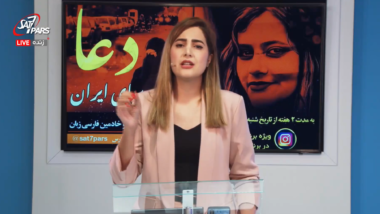 Christian TV and media network SAT-7 is responding to the continuing nationwide protests and government crackdown in Iran by joining a global two-week campaign of prayer. From Friday 21 October, SAT-7’s Persian language channel, SAT-7 PARS has dedicated the first five minutes of every live programme to praying for Iran and its people. Additional special broadcasts and social media prayer […] 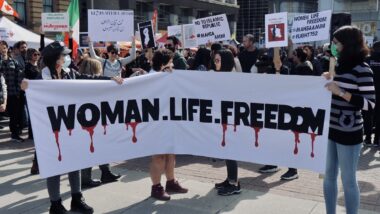 News Iranians: Dying to be Free

“Iranians protesting the killing of Mahsa Amini by Iran’s Hijab Police have captured the attention of people around the world”, writes SAT-7 Communications Officer Omeed Jouyandé. “The sight of young women and men wielding only words against a regime armed and willing to use its might against unarmed citizens is the story of David and Goliath being replayed before our […] 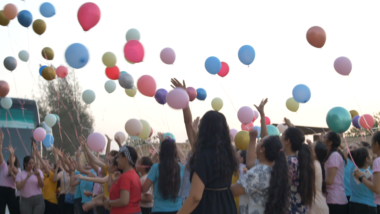 11 October 2022 “We want to target the ‘everywoman’ – those who are somehow entrapped and confined,” says Maggie Morgan, producer and director of SAT-7’s new live programme Today not Tomorrow, which will be broadcast on SAT-7 ARABIC this month. “Whether confinement is literal, for those living in small villages, in their families’ homes, who have limited freedom of movement, […] 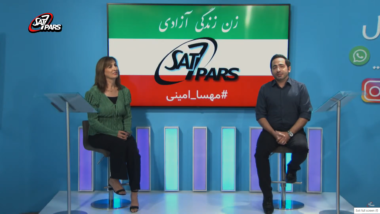 The death of 22-year-old Mahsa Amini while in the custody of Iran’s “morality police” has sparked that nation’s most serious unrest since 2009. Mahsa, an Iranian Kurd on a visit to family in Tehran, was detained for allegedly wearing the hijab incorrectly and days later, on 16 September, died after being hospitalised in a coma. As news of Mahsa’s death […]

News MEN AND WOMEN UNITE FOR CHANGE IN IRAN