A new Free to Believe? campaign was launched at the New Wine festival this week by Christian satellite TV and digital media network, SAT-7, with the support of Egyptian Archbishop Angaelos of the Coptic Orthodox Church. Christians attending New Wine were urged by Archbishop Angaelos and SAT-7 Founder and President, Dr Terence Ascott, to become advocates for Freedom of Religion […]

News “No matter what happens, I will continue to watch.”

Testimonies recently received by SAT-7’s Turkish-language channel show how deeply its message of God’s love is impacting people’s lives. “I take joy in watching your channel. Because I am watching, my entire household has turned against me. But no matter what happens, I will continue to watch,” one viewer says. The viewer shares that he was “biased” against Christians, like […]

The 1990s were one of the most difficult decades for Iran’s small but growing church, as several leaders were martyred for the sake of their faith and their desire to share God’s message of salvation, hope, and love. In a powerful interview on SAT-7 PARS program Insiders, Issa Dibaj spoke of the life and example of his father, the Revd […] 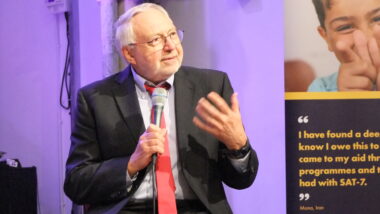 30 May 2022 The pioneering Christian media work of SAT-7 Founder and President, Dr Terence Ascott, has been recognised in the presentation of a Labib Madanat Kingdom Impact Award. The award honours “men and women whose self-sacrificing and courageous endeavours have conferred eternal benefit on thousands and thousands of people in the Greater Middle East, helping them on their journey […]

SAT-7 PARS presenter Rozita Hovsepian comes from a Christian family that has long played a prominent part in the growth of the Iranian Church. She tells us about the family life that shaped her and recalls the day she heard God’s call to ministry – at the funeral of her murdered uncle.  Newly-weds Rozita and Michael arrived at passport control […]

News “I could finally breathe easily”: a voice from Egypt’s Church

What is it like to practise your faith when your freedom of belief is under threat? Our Cairo-based Communications Officer Mary Joseph shares her experience of living through a time when Christians in Egypt have felt additionally vulnerable. A few weeks into Lent, as Christians were immersed in daily church prayers and charitable activities, they were hit with the news […] 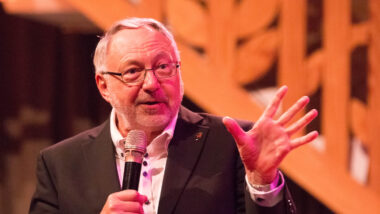 Dr Terence Ascott, the Founder and President of Middle East and North Africa media ministry, SAT-7, will be sharing the story behind his new book Dare to Believe! Stories of Faith from the Middle East at a series of UK events beginning in May. After arriving in the Middle East, initially to start a literature ministry from Beirut in 1973, […] 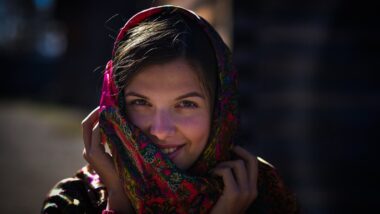 Through its programmes and dedicated viewer support teams, SAT-7’s Persian-language channel SAT-7 PARS has been serving viewers in Iran, Afghanistan and Tajikistan for over 15 years. Laleh*, an Iranian viewer of SAT-7 PARS, recently described how the channel has helped her grow in faith and find peace in Christ: “Greetings to all the beloved at SAT-7 PARS. I wanted to […]