You are here: Home / Our work / What we do / Education and Development
Search 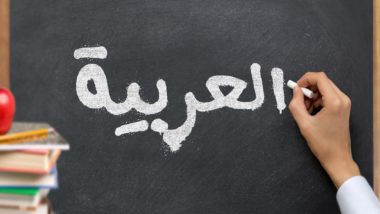 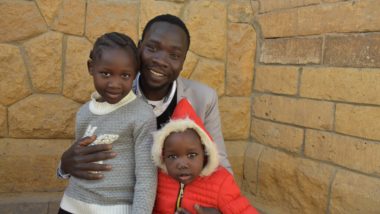 News Sudan through the eyes of two servant leaders

Sudanese Christians Michael and Salah are both teachers and moved to Egypt to study theology. But, amid Sudan’s economic crisis and deep insecurity in Salah’s home region, the two men and their families have stayed on. They shared their concerns for their homeland with SAT-7 Egypt reporter Mary Joseph, spoke of the opportunities to serve in both countries, and explained […] 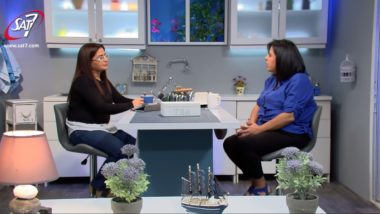 Depression and psychological problems are not exclusively ‘Western’ problems. In the Middle East and North Africa, a region with a population of almost half a billion people, the majority of people have no easy access to psychological support or treatment. In an area where mental health and issues such as depression, stress, and mental health are taboo topics, SAT-7 broadcasts […] 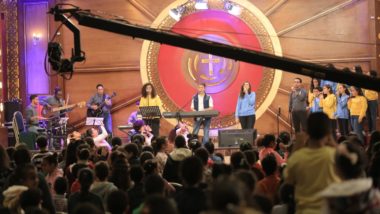 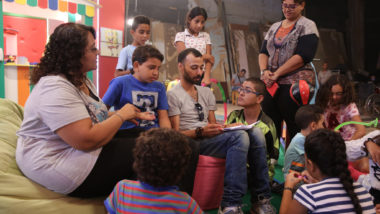 A strategic change of direction has been implemented for SAT-7’s educational channel, SAT-7 ACADEMY. The steps have been taken mainly in response to a viewer survey carried out during the channel’s first year of being on-air. The survey revealed that almost all SAT-7 ACADEMY viewers also watch the SAT-7 ARABIC and SAT-7 KIDS channels. This was encouraging news, but it […] 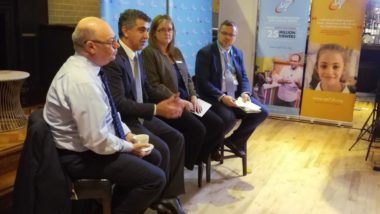 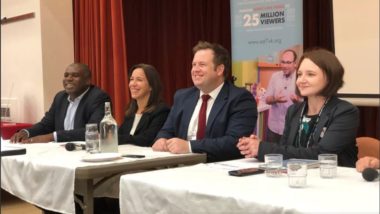 “Complex, powerful questions” were asked by a panel of MPs and NGO leaders on the UK’s treatment and integration of refugees at a Labour Party conference fringe event organised by SAT-7 and Christians on the Left. Heather Staff, of the Resettlement, Asylum & Migration Policy (RAMP) group, who acted as chair, was summing up the discussion involving MPs David Lammy, […] 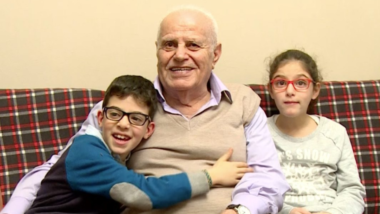 News My School benefits me and my grandchildren

Searching for something educational and engaging for his grandchildren to watch on television, Lebanese grandfather Boutros came across SAT-7 ACADEMY’s programme My School. Now, watching My School together has become a regular family activity that benefits and bonds two generations. Boutros is a retired carpenter from Lebanon. He looks forward to spending time with his grandchildren – eight-year-old twins Aya […] 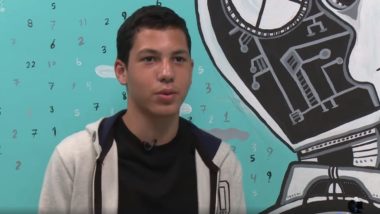 Youth talking to youth: this is the theme of iNews, one of the many engaging educational shows on SAT-7 ACADEMY. Almost 100 episodes have been made so far, with two more being filmed every week, says Fadi Taher, the director of Icon Media, a Cairo production house that creates a number of programmes screened by SAT-7. The programmes have a […]