News The ways of life and death – February 2015

Broadcast journalist Seyfi Genç discovered the power of media as a teenager – when it changed his life. Today, as news editor for SAT-7 TÜRK, his work in media gives others timely and accurate insights into the Christian faith he discovered as an 18-year-old. Asked how his faith in Christ began, award-winning Turkish journalist Seyfi Genç points to the same […] 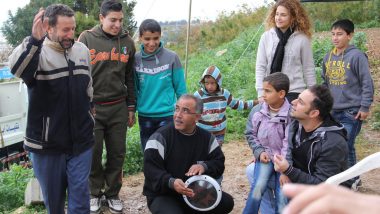 Topics: Arabic, Bible Heroes, From Me to You, Lebanon, refugees, SAT-7 KIDS, Syria 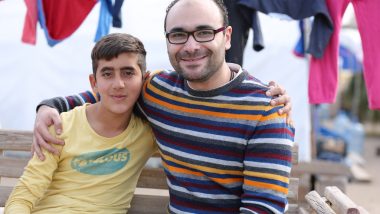 The history of the Christian Church in the Middle East and North Africa with its numerous internal disputes and external influences is complex, as all the present conflicts in the region have underlined. In a two-part article, Revd Canon Hugh Wybrew offers an overview of the major events of the past 20 centuries which have resulted in the multi-faceted Christian […]

“Jesus… Jesus… Jesus…” the song that was born at the historic prayer night on September 11, 2011 has become the theme song of any large Christian event in the country. The two largest annual Christian events were held in October this year. Thousands of Christians throughout Egypt anxiously anticipated attending Count it Right and Onething. These are two massive church […]

News Should Christians of the Middle East stay or flee?

These are difficult days for Christians in the Middle East. In many parts of the region, Christians are facing tremendous challenges and even life-threatening situations. In Egypt, last summer we saw how Christians became scapegoats for Islamists when they were forced out of power. Still today, petty criminals plot to seize Christian lands and properties in rural areas of Upper […]